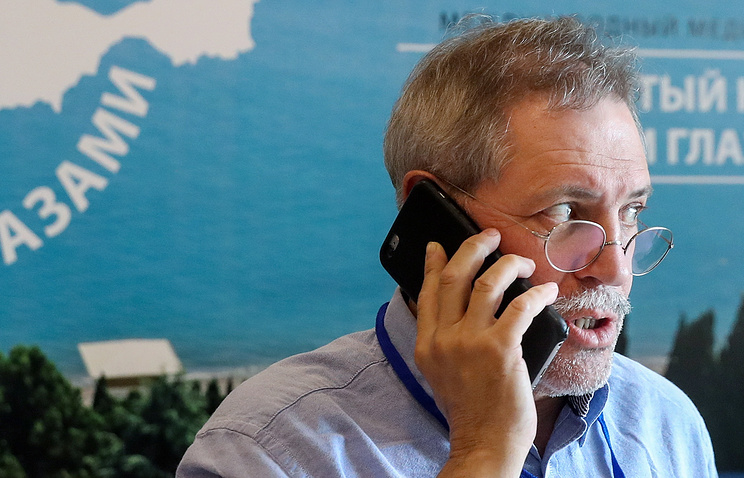 MOSCOW, June 20. /TASS/. Hearing the loud, “Rosneft” and AFK “System” for the recovery of oil company is 170.6 billion rubles of losses caused as a result of reorganization of “Bashneft”, on Tuesday added a fake document about the rejection of the claim. In the files of arbitration cases, which publishes data on the progress of cases filed, information was published about the failure of “Rosneft” and “Bashneft” the claim. This information was deleted about an hour after the occurrence. During this time, Rosneft managed to refute her, to promise to contact the police, and the shares of “the System” to start to rise sharply, and then move on to the fall.

On Tuesday in the files of arbitration cases, which publishes data on the progress of filed claims, it was reported that “Rosneft” and “Bashneft” has filed a request for waiver of the claim to AFK “Sistema”. Details in the case were not reported. Immediately, the press Secretary of “Rosneft” Mikhail Leontiev denied this, calling a misunderstanding.

Later, Leontiev said that “Rosneft” will appeal to law enforcement bodies on the fact of falsification of the document on refusal of the claim to AFK “Sistema” is 170.6 billion.

“The court received a document allegedly from “Rosneft” about the rejection of the claim with obvious signs of fakes. “Rosneft” will appeal to law enforcement bodies to investigate the situation with a forged document,” he told TASS.

Leontyev added that, in Arbitration court of Bashkiria fake document received from Moscow on behalf of Rosneft, apparently signed two Vice-presidents of the company. The document said that in reaching the settlement agreement, the company waives all claims to defendants.

Later, the information about the application of “Rosneft” and “Bashneft” about the refusal to claim the AFC’s missing from the card file of arbitration cases, and the shares of “the System” from the growth turned to fall by 1.7%.

In AFK “System” has not yet commented on the incident. To Arbitration court of Bashkiria where the case is heard, the call still failed.

In may “Rosneft” submitted the claim to AFK “Sistema” and “System – invest” for the recovery 106,6 billion rubles of losses caused as a result of reorganization of “Bashneft”, then the amount of the claim was increased to 170,6 billion rubles due to the weakening of the ruble. AFK “System” does not agree with these claims.

From 2005 to 2014 “Bashneft” was part of the AFK “System” Vladimir Yevtushenkov, after it was returned to public ownership. In 2016 50,1% of shares of “Bashneft” bought “Rosneft”, paying for a package of 329.7 billion rubles. Later, after the offer to minority shareholders, “Rosneft” began to control 57.7% of the share capital of “Bashneft”. Bashkiria owns 25% plus one share in Bashneft.

The President will not interfere

On Monday, the press Secretary of Russian President Dmitry Peskov said that Vladimir Putin would not intervene in the dispute between AFK “System” and “Rosneft”, because it already decided in court. “It (the dispute of the two companies) is implemented in a judicial plane and, of course, the President (Vladimir Putin) in no way can interfere in this process”, – said Peskov reporters.

He also refused to comment on the complaint of the members of the Board of Directors of AFK “Sistema” to Vladimir Putin in which they asked the President to intervene in the dispute with Rosneft. As reported by “Kommersant”, the authors told the President that the lawsuit not only affects the “System”, but to the entire investment climate in the country. “Official correspondence we do not publicly comment,” – said the representative of the Kremlin.

“To speak about the impact (of this dispute) on the investment climate would be wrong, – said Peskov. – We know that companies have their position, they defend their positions. If any other solutions is found, then the final verdict can only be made by the court.” “This is absolutely normal global practice, including in the world of entrepreneurs,” he added.

Rosneft in 2016 acquired of 50.08% of shares of “Bashneft”, paying for a package of 329.7 billion. Immediately after purchasing the assets of “Rosneft” has completely changed the rule of “Bashneft”. After the offer to minority shareholders, “Rosneft” began to control 57.7% of the share capital of “Bashneft”.