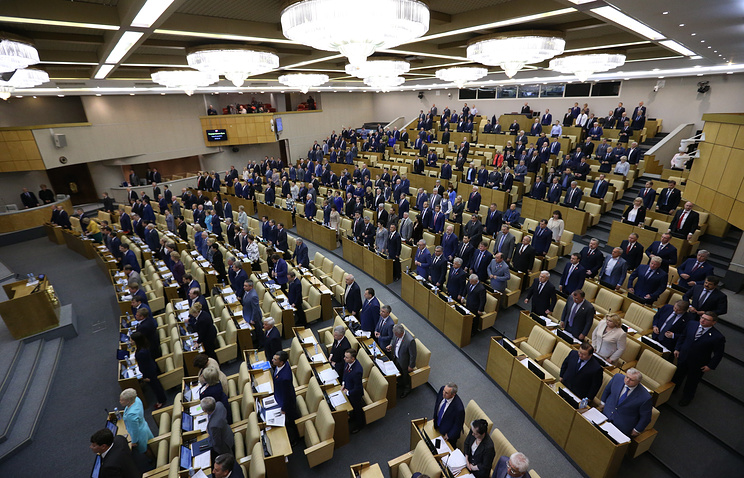 MOSCOW, June 21. /TASS/. The state Duma adopted in the third final reading the law gives the Bank of Russia the right to interact with banks through the creation of an information resource on the official website of the regulator on the Internet in the form of a personal account of the credit institution.

According to the law, in the personal account, the banks will obtain from Central Bank documents, including the requirements (regulations) of the regulator, and send in the Bank statements, the information request to provide clarifications on the application of statutory acts of Bank of Russia.

Also, a new procedure of interaction of Bank with the banks will “definitely resolve the issue of establishing delivery requirements of the Central Bank, which in respect of credit institutions introduced measures of influence stipulated by the legislation, which is important in order to determine the start date of the measures” indicated in the accompanying materials to the law.

The procedure of interaction of Bank of Russia with credit organizations, when they use a personal account, according to the bill, will be established by a normative act the Bank of Russia.

The second reading of the document was approved the amendment, according to which the Central Bank will be able to interact with non-Bank financial institutions in the personal Cabinet in the manner similar to the procedure of interaction with banks. The law will come into force after 90 days from the date of publication.