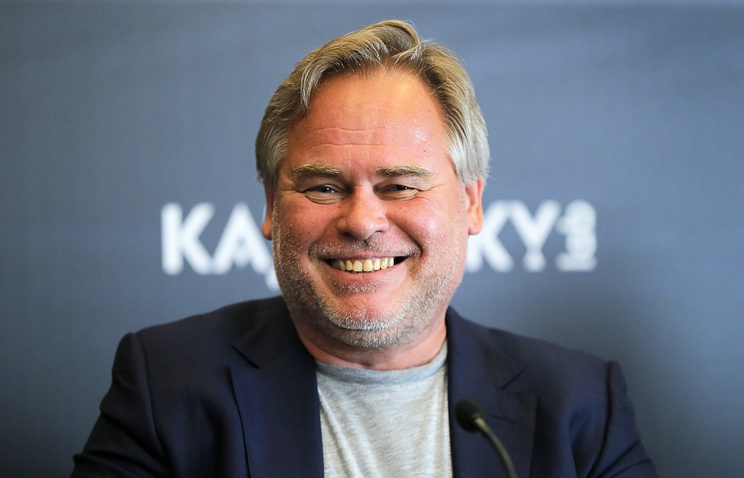 MOSCOW, June 22. /TASS/. The General Director of “Kaspersky Lab” Evgeny Kaspersky has no plans in the future to turn the business into a family affair, he said this in a Thursday interview with the newspaper “Kommersant”.

“No, children are not yet ready, and I’m not sure… It’s not a family matter, or rather, not necessarily family. I don’t think it will be someone from the family,” he replied to the question about the future of “Kaspersky Lab” after his retirement from the position of CEO, which, according to him, can happen after the release and fixing the operating system market KasperskyOS intended for use in critical infrastructures and devices.

“Plan. Nothing is permanent, when you have to leave… When we fully release its secure operating system KasperskyOS, will develop this direction, then I will leave”, – said the head of the company, stressing that the candidacy of a possible successor is not defined.

The rate of growth of the company

According to the publication, in 2016, the dollar proceeds of “Kaspersky Lab” has increased by 4% to $644 million Asked about the possibility of returning to double-digit growth, the company’s CEO said that a significant increase of the Laboratory do not allow to grow on such a scale.

“Probably grow 10% or more we will be able, but more than 20% – unlikely for this to happen something very serious, and it is not on our side – some global upheaval should occur. But in some businesses that we are only beginning to develop – for example, industrial security services – where I hope to not only double, but triple-digit growth rates”, – told “Kommersant” virus.

About the virus WannaCry

According to Kaspersky, the may attack using the virus-ransomware WannaCry on computers with Windows operating system hardly brought hackers a significant profit, however, shook up the market and demonstrated the need to change the approach to information security.

“WannaCry has all chances to become the pivotal point, which will force companies to get serious about protection. In fact, none of this would have happened if all the time updated and used Windows integrated security solutions”, – he said.