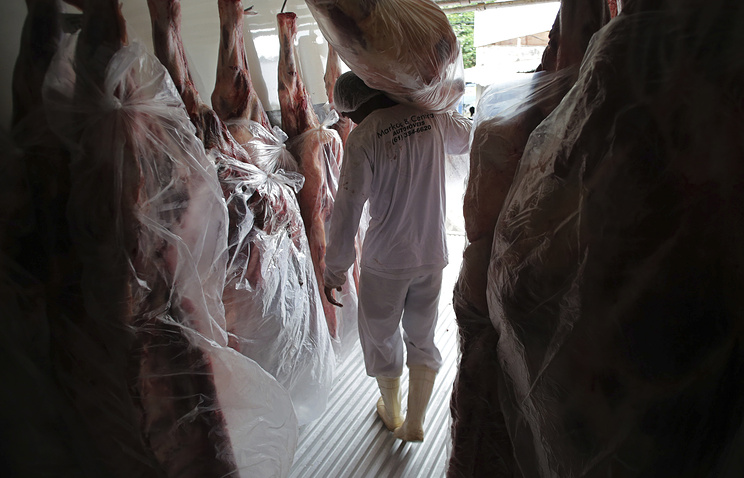 WASHINGTON, June 23. /TASS/. The American authorities have decided to suspend indefinitely the import of fresh beef from Brazil in connection with the outbreak in the South American country of “meat scandal”. This was announced on Thursday by the Ministry of agriculture of the United States.

As stated in the circulated written statement, we are talking about the “suspension of all imports of fresh beef from Brazil because of repeatedly raised concerns” about the quality of this product. “The supply [of Brazil] will remain suspended until then, until the Brazilian Ministry of agriculture will take measures to remedy the situation, which the USDA deems satisfactory,” the document says.

It also States that since March, was inspected 100% of the supply of Brazilian beef in the US. The share of “drop-out” of such products amounted to 11%, said the Ministry of agriculture of the United States. Meanwhile, he explained, the same indicator for the same to all the other supplies in the US is only 1%.

17 Mar the Federal police in Brazil have arrested more than 30 members of large criminal group which was engaged in selling expired meat and meat products. As have informed in law enforcement bodies, the operation became the largest in the history of the country – it was attended by about 1.1 thousand guards. The object of the investigation, which was conducted for nearly two years, become the largest Brazilian company producing meat products, working not only in domestic market but also exporting products abroad. Their staff was included in the list of suspects and detainees.

According to investigators, criminals colluded with representatives of the Supervisory authorities of the Ministry of agriculture, livestock and supply of Brazil, who for bribes gave out certificates without inspection of goods. The police claimed that the suspects used acid and other chemicals to change the appearance of the product and to conceal the defects found in spoiled meat. In this part of the money received by civil servants from criminals, went on financing of political parties.