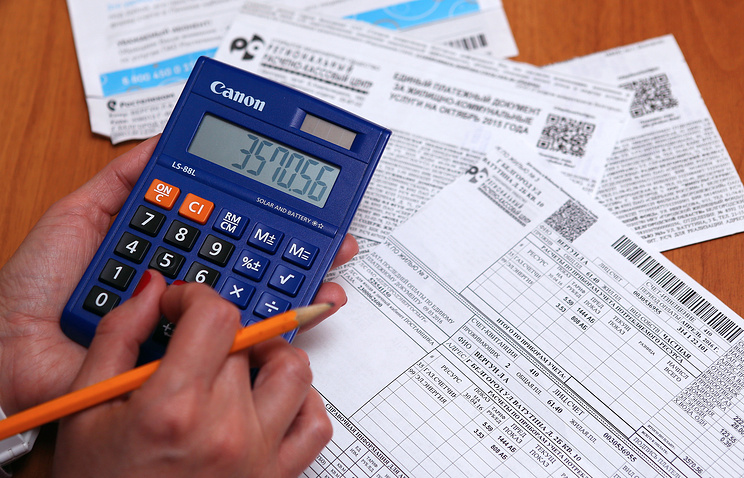 To this end, the Ministry plans to introduce a direct prohibition on the inclusion of this fee in the calculation of tariffs, follows from the roadmap for the development of competition in the financial services market, developed by FAS in conjunction with the Bank of Russia.

FAS found that the supplier and the organization may include the cost of utilities Bank interest, which the citizens pay for the transfer of funds, paying utility bills through the Bank, explained Cook.

“Because of resource providers contract with a specific Bank, it turns out that on the external interface the consumer sees 0 (% of fee – approx. TASS), but really he was paying 1.9 percent as a rule. And usually this (credit – approx. TASS) organization was Sberbank”, – said the Deputy head of the FAS.

The citizens who pay for services not using the Bank with which the contract was concluded with a service provider, pay an additional Commission to that of 1.9%, which is already included in the rate from 0.5% to 3%, explained Cook.

“For a certain circle of citizens, there were two Bank charges. In fact, we want to exclude double-counting. And make more transparent competition between banks at payment of housing and communal services”, – he said.

As a result FAS the work of the Commission was excluded from cost of services, and citizens began to complain that previously they were paying 0%, and now pays the Commission, said Cook. “With 0%, they never paid”, – he said.

The solution may be in the fourth quarter

The roadmap stated that the required document will be prepared during the fourth quarter of 2017.

Deputy head of FAS reminded that there have been discussions about the complete liberation of the citizens from paying this fee, but this decision was not made.