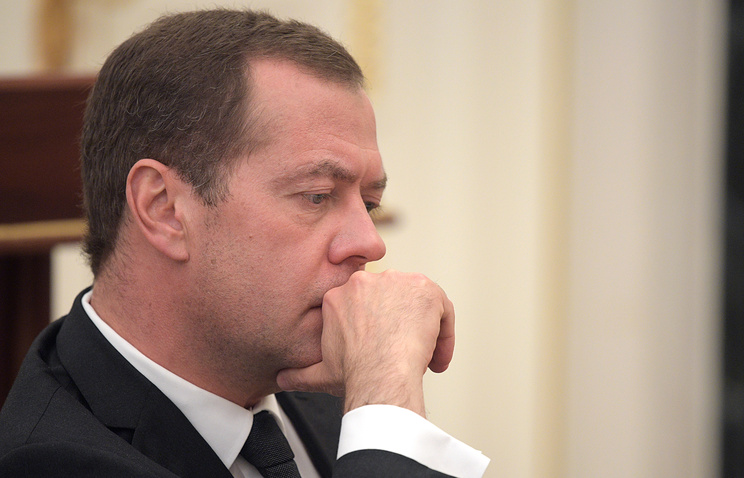 GORKI, June 26. /TASS/. Prime Minister Dmitry Medvedev did not rule out strengthening the negative influence of anti-Russian sanctions on the Russian economy. “Remains, of course, and the other negative (for the economy) factors, moreover – a number of them may even intensify, I mean the so-called sanctions,” he said at the meeting about the main parameters of the Federal budget in 2018-2020.

Medvedev has reminded, in particular, about restrictions on access to the capital markets. The Prime Minister added that despite the relatively high oil prices in early 2017, the commodity market remains “very volatile”, according to the price fluctuations of recent weeks.

“All this must be taken into consideration,’ he demanded. – We need to ensure a stable and balanced budget system, to work out all its possibilities, take into account the resources and needs, to reach an acceptable level of deficit.” The head of the Cabinet pointed out the need to maximize the use of project approach in solving the basic problems as well as to concentrate resources to give the desired result.

“High expectations should not be”

Medvedev also called on members of the Cabinet to avoid excessive expectations from the situation in the economy.

“Come, of course, all of our solutions should be extremely pragmatic, no inflated expectations shouldn’t be for obvious reasons,” he said.

The Prime Minister noted that the government actively engage in preparation of the budget for the coming three years. “Today, we will discuss our approaches to forecast (socio – economic development of the Russian Federation) to build a balance between revenues and expenditures of the budget,” he added.

Medvedev recalled that in April, the Cabinet chose the baseline as the scenario that will focus the Federal budget. “We will continue working on it (the base variant) basis,” he said.