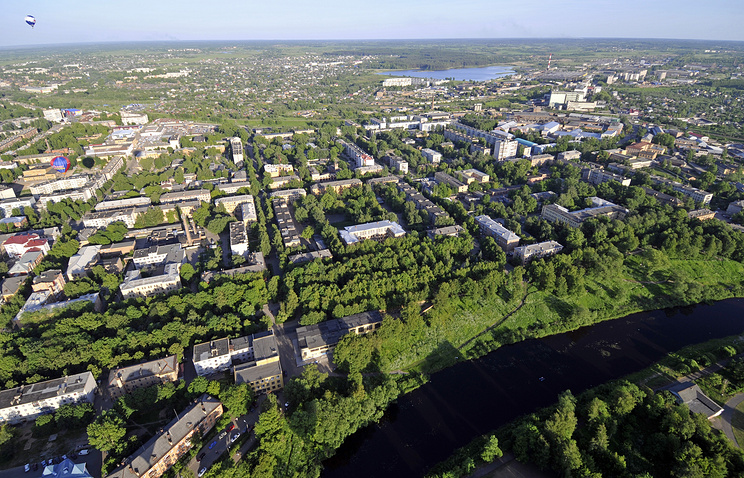 The number of regions, the national debt is higher than the level of income has been steadily declining. In early may of 2016 they were eight, this year – only four.

Thus, according to experts, the main cause of the debt obligations are imposed by the Federal center obligations.

TASS talks about how the situation and in what ways the regions are trying to reduce the debt.

As of June 1, in the Republic of Mari El, and Pskov, and Kostroma regions and the Republic of Khakassia, the national debt exceeded the amount of the tax and non-tax revenues almost in half. Prime Minister Dmitry Medvedev in mid-June, criticized the leadership of these entities, and noted that despite this situation, it is necessary to meet the objectives of “the may decrees” of the President, and a number of other obligations. He called on to consider “how we can support those regions which approach to be implemented to achieve a consistent reduction in the rate of debt burden on regional budgets as a whole.”

According to a senior researcher of laboratory of budget policy of the Institute for applied economic research the Russian Academy of national economy and public administration (Ranepa) under the President of the Russian Federation Alexander Deryugin, 2015 and 2016 was the culmination of a difficult situation with debt load. However, this year it’s getting better: “If we look at the dynamics of this year, the donor regions and the poor regions, the debt burden is reduced. It is reduced not only because the amount of debt becomes less – and now, in my opinion, he first began to decrease in nominal terms. But due to the fact that at the end of the first month in the regions a fairly good growth rate of own revenues”.

At the beginning of may this year in four regions, the national debt was more than the income. Last year, the number of subjects was eight. From the “debt trap” got Smolensk oblast, Ingushetia, Mordovia and Kabardino-Balkaria.

Yet of the eight regions the ratio of debt to tax and non-tax revenues 90% or higher (i.e. income level only slightly larger than the size of the debt). “Last year these regions was 14 at last – 18,” added Deryugin.

Overall an improvement and says the chief researcher of Institute of system analysis Russian Academy of Sciences Olga Kuznetsova. “The situation has improved. It is clear where it originated: was a big commitment, the deterioration of the economic situation. The obligations that were assigned to the regional authorities, including the “may decrees” of the President salary has been difficult doable,” she said.

New powers have led to the costs

In the regions agree that the transfer of new powers and the implementation of “may decrees” demanded additional funds. So, Khakassia, where the national debt at the beginning of may amounted to 22.8 billion rubles (95,1% of the volume of tax and non-tax revenues), was in a difficult financial situation while growing the economy and growth in revenues.

As noted in the Ministry of Finance of the region, the reason of debt associated with the need to increase salaries in the public sector (teachers, doctors, cultural workers), the increase of contributions for compulsory health insurance and so on.

“Since 2012, the annual cost has increased by more than 8 billion rubles. In this lies the cause of the education debt,” – said in the Republican Ministry. The Ministry also noted that the situation was compounded by falling prices of coal and aluminium. “The Republic from “failed” to 6.5 billion rubles. To block this painful breakup of Khakassia can not until now,” – said the Agency interlocutor.

In the government of Kostroma region, where the national debt at the beginning of may amounted to 21.3 billion rubles (the revenues for 2017 planned in the amount of 20.4 billion rubles), said that due to changes in the Federal law has expanded the list of spending powers of the region (since 2008 added 31 new power), which are not fully secured income.

Not changed the situation in the regions with a high debt load and adopted last year the decision about transfer in the Federal budget an additional 1% income tax, followed by its distribution to the needy subjects of the Russian Federation.

“The regions have mobilized 1% of income tax and redistributed through the Fund of financial support of regions, continued to reduce subsidies to budgets of constituent entities and reduced the overall volume of interbudgetary transfers. If we look at the total amount of funds transferred from the Federal budget to the budgets of regions, then he in real terms has not increased, that is, in percent of GDP,” explained Deryugin.

According to Kuznetsova, in the near future the regions will have to continue working on a balanced budget on their own.

In search of Finance

In addition to loans, a kind of steel reserve and other expenditures. “If you look at the structure of regional budgets, we will see that since 2012, when it developed the “may decrees” of the President, in real terms, the expenditure of the regions for the payment of wages start to rise, and the costs of infrastructure development – to fall in real terms,” said Deryugin.

Also, the regions began to work on increasing revenues and reducing costs. According to the Ministry of Finance of the Republic of Khakassia “the work on increasing the revenue side of the budget were held constant, and the average for this time the Republic, income was annually increased by 1.3 billion rubles.”

The actual expenditure in the Republic in 2016 is reduced to 585 million rubles, that is planned to cut another 1 billion roubles in the region to optimize the budget network of the management bodies and their upkeep costs and in the administrative apparatus will reduce at least 130 people.

In the Kostroma region for 4 years, the number of civil servants decreased by 10.6%. This year the authorities of the region expect to increase spending efficiency through the introduction of criteria in the provision of social support, centralization of the function of accounting in the public sector, etc.

“Reducing the cost of debt service is planned at the expense of improvement of structure of debt. For these purposes this year it is expected to carry out placement of the next securities issue”, – added in the regional government.

Without the help can not do

Despite all these measures, in the regions suggests that the reserves are exhausted, and without help from the Federal budget to solve the issue with public debt is almost impossible.

“To reduce the debt burden of the region requires support from the Federal budget”, – said in the government of Kostroma region. Talking about it in the administration of the Pskov region, where the national debt since the beginning of the year increased by 300 million and reached at the beginning of June 15.1 billion rubles (more than 94% of the volume of tax and non-tax revenue).

The Ministry of Finance of Khakassia Republic also noted that, despite all the measures, and implementation of priority projects on development of industrial potential of the Republic until 2030, which provides for 250 billion rubles of investments, revenue sources do not provide the spending budget – this year, according to the most optimistic forecasts, to 11.8 billion rubles.

The receipt of Federal assistance would allow Khakassia to replace commercial loans budget and reduce the cost of servicing loans, redistributing the funds for the implementation of socially significant obligations. “And from next year to direct savings of financial resources for repayment of debt”, – explained in the Republican Ministry of Finance.

In search of reserves

However, experts believe that regions should also look for internal reserves. Source of replenishment of the Treasury, for example, the Kostroma region, may be the fight against the informal economy. According to a member of the Committee on budget, taxes, banks and Finance of the Kostroma regional Duma Vladimir Mikhailov, if this work was carried out, the area would not be in such debt.

“The first is to ensure that public debt is not growing, it is necessary to increase revenues, and is not performed by administration of the region. Second – the struggle with inefficient spending now is also not conducted. 30% of the economy of the Kostroma region are in the informal sector. This means, people get wages in envelopes”, – he said.

According to Mikhailov, the elimination of “grey” salaries from a shade was allowed to raise about 4 billion today to 12 billion of revenue.