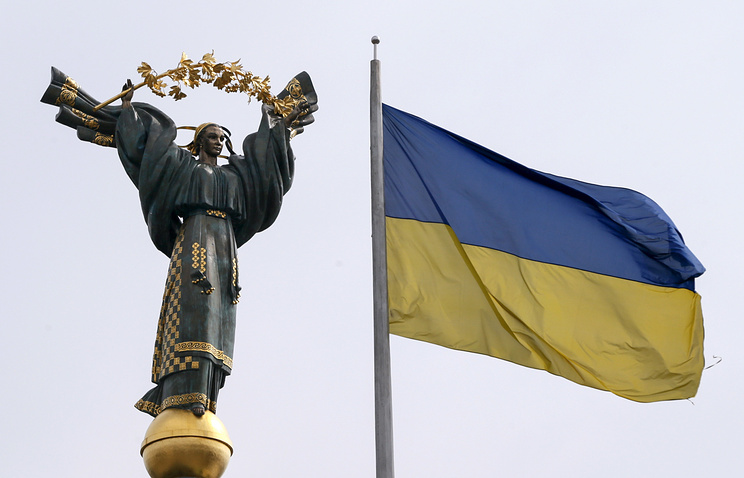 KIEV, June 23. /TASS/. The Ministry of Finance of Ukraine appealed to the court of London in the case of Eurobond debt of $3 billion to Russia. On Friday reported the press service of the Ministry.

“Today, the Ministry of Finance of Ukraine filed on behalf of Ukraine in the English court of Appeal documents required to initiate appellate review of the decision of the English court, adopted on 29 March 2017 by judge Blair in the proceedings of the Eurobonds in the amount of $3 billion (the so-called “Russian debt”)”, – stated in the message.

The Ministry said that you believe in the arguments of the appeal and win in the court of Appeal at the appropriate time. The hearing of the appeal tentatively scheduled for the second half of January 2018.

London’s high court on March 29, granted the petition of Russia on the accelerated handling of the case. Thus, in this intermediate decision procedure, the court supported the position of Russia, which insisted on the accelerated consideration of the claim. The Ukrainian side argued for a full-scale trial, which would include a study of the political aspects. Ukraine 10 Jun intends to appeal this decision.

In December 2013, Russian President Vladimir Putin and President of Ukraine Viktor Yanukovych agreed that Moscow will give Kiev a loan of $15 billion through the placement of Ukrainian securities. The debt was issued in the form of Eurobonds under English law. Within the program bonds for $3 billion was placed on the Irish stock exchange on 20 December 2013 and bought by Russia at the expense of the national welfare Fund.

The government of Ukraine on 18 December 2015 imposed a moratorium on the payment of the debt of the Russian Federation and former Prime Minister of the country Arseniy Yatsenyuk motivated by the fact that Russia has refused to sign the agreement on debt restructuring on a par with private creditors. However, the day before, on 17 December, the IMF Board of Directors recognized the status of Ukraine’s debt to Russia is sovereign. This means that the liability to pay a debt incurred by the government-borrower.

Russia appealed to the High court in London in February 2016 with a lawsuit to recover Ukraine debt. On December 21 2015, the debt was $3 billion, plus the non-payment of the last coupon in the amount of $75 million, and every day the debt grows by $683 thousand for interest expense, stated in the lawsuit. The Russian side has repeatedly invited Ukraine to resolve this issue at the negotiating table, but it never happened due to the fact that Ukraine does not recognize the sovereign debt.