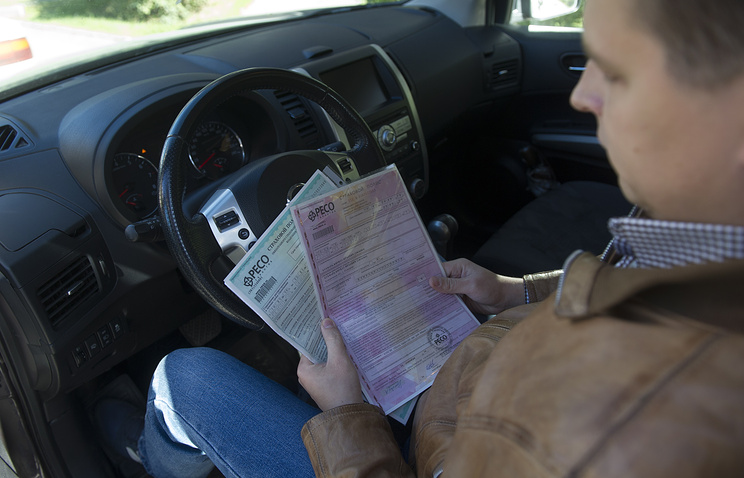 A service station car (Stoa) refuse to accept to repair the machine within the law of natural compensation for the CTP, which inhibits the effect of the reforms, told TASS a few large insurers. Basically the problem occurs with official dealers who consider the price of repairs low.

According to the law on natural insurance reimbursement should not be paid in money and repair the machine. Reform of payments intended to reduce the loss ratio of MTPL by reducing legal expenses insurers which make legal intermediaries in several regions.

For maintenance payments to insurers should enter into contracts with service stations, the repair of which shall conform to the requirements of the law: the service should not be located beyond 50 km from the accident site or residence of the victim, during the repair you can only use new parts and warranty cars under 2 years old must be repaired at an authorized dealer. The negotiation process with the stations is complicated, misleading insurers.

“Most large and well-established stations in terms of repair (—) not ready to cooperate in the framework of the law on CTP”, — says Director of retail business “Ingosstrakh” Vitaly Knyaginichev. Readily cooperate services-garages, he notes, but such cooperation is not already interested the insurer, as it is responsible for the timing and quality of repair. “While the share of natural payments by insurance the market is extremely small and we cannot say that the law has earned,” said he TASS.

Similar problems are faced in “RESO-Guarantees” and “Consent”. The problems arise mainly from the official dealers in Moscow and St. Petersburg, said Deputy General Director of “RESO-Guarantee” Igor Ivanov. “In the capitals of the dealers and Stoa, apparently, enough customers. In the regions repairmen willingly agree,” he says.

Dealers say unfavorable natural price compensation: by law, insurers pay for the repair on the basis of price guides of the Russian Union of motor insurers (RAMI) approved by the Central Bank unified method. “Reference average cost of parts does not reflect the average market price,” — said TASS Director of the Department of insurance and financial services automotive group “Avilon” Oksana Semin. This company is not yet ready to repair cars for insurance.

RSA will review the directories — on the contrary, the dealers should reduce their prices, said Executive Director of the Union Evgenie Ufimtsev. “We have always said that the law will slowly begin to work. The requirement only on new parts and quality repairs within 30 days — that not all stations agree,” he said. Liability to the customer for the quality and repair period (—) insurers in the contract shift to services, explains the head of Department on work with the vendors “Consent” Alexander Bredikhin.

“Dealers are the hardest — we would like to reduce the cost of currently under way and parts to compensate for the amount of wear and tear, but still does not work”, — confirms the General Director SK “MAX” Nadezhda Martyanova. “MAX” has signed agreements on the terms of the dealers, she says.

The “scares” of the station and a ban on the use of used parts, points out the representative of “AlfaStrakhovanie”. “Not every station is ready to accept cars older than 7-10 years, as it is difficult to find the necessary parts,” says S&P analyst Ekaterina Tolstova.

This problem is not widespread. So, the company “Rolf” terms of repair for insurance and arrange contracts with insurers are pending, said CEO Vitaly Pavlovsky.

Almost all respondents TASS insurers have begun to contract services even before the entry into force of the law, and actively to offer customers repairs on a voluntary basis. “Repair mechanism effective for toxic regions, where the share of payments in “kind” tens of percent”, — says Igor Ivanov of the “RESO”. Avtoyuristy can “cheat” loss region up to 500% with repair it is possible to reduce up to 200%, gives an example of a top Manager of the insurer included in the top 5.

“I think only to the end of 2018 we will be able to overcome the bar of a 50% stake (payments repairs). While there is difficult. Everyone is used to the money,” — says Nadezhda Martyanova from “MAX”.

The law of natural compensation is evolutionary, reminded the representative of the Central Bank: if the insurer cannot provide the client with services that meet the requirements, victims paid the cash payment (as to law). Appeals regarding the failure of services to collaborate with insurers in the CBA were reported, reported in the press service of the Bank of Russia.

“Insurance companies are likely to compromise when entering into contracts with stations,” concludes Ekaterina Tolstova from S&P.

Earlier, the Chairman of the Central Bank Vladimir Chistyukhin said that to assess the impact of the reform of insurance law needs to work for at least a year.