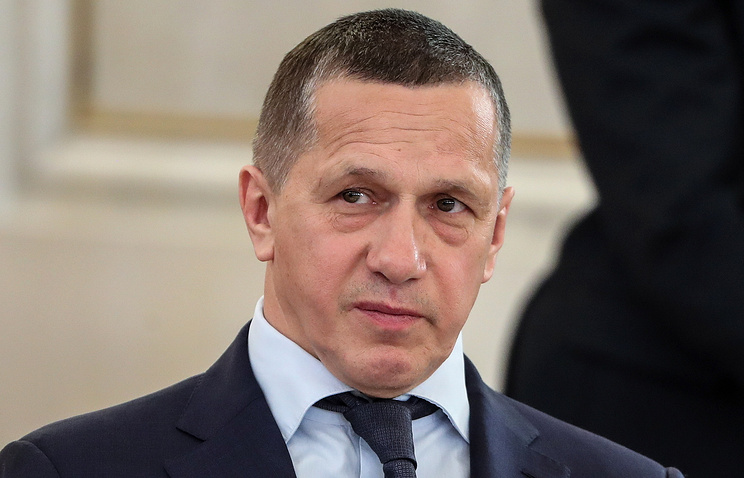 MOSCOW, June 26. /TASS/. The decision on the placement of funds “RusHydro” in the Bank “Peresvet”, which is now undergoing a financial recovery procedure was erroneous. This was stated during the annual General meeting of shareholders of RusHydro head of the Board of Directors of the company, Deputy Prime Minister Yuri Trutnev.

“When it is said that the Bank was reliable – sounds like fun, right? We still believe that it was a mistake, we distinguished Board colleagues said, encouraged them to see the mistake they made, and prevent. You need to watch the top banks in terms of reliability, and not to look in the middle, who we’ll find there,” – said Trutnev, answering the statements of the member of the Board of “RusHydro” Andrew kazachenkov that at the time of placement of funds of the company, the Bank “Peresvet” met all the necessary criteria.

“It is wrong to say that the group “RusHydro” holding the money in unreliable Bank. When was this situation in the Bank “Peresvet”, the Bank fully met all stringent criteria of reliability that RusHydro and state companies have to submit to all banks-counterparties. The Bank kept the money a government company, as the Bank in structure of shareholders to some extent, were quasi-public,” – said the Kazachenkov.

According to him, the company has been strengthened at the selection of banks, adopted personnel decisions on those who interacted with the “Relight”.

The situation around the “Peresvet”

In October 2016, the CBR introduced in the Bank “Peresvet” temporary administration and the moratorium on satisfaction of creditors ‘ claims, which in January of 2017 was extended for a further three months. As of 1 January 2017, the “hole” in the Bank “Peresvet” was 45,82 billion. In the course of further checks revealed that the Bank’s capital was formed “hole” is almost 104 billion.

Within the financial recovery procedure “Peresvet” it was decided to hold bail-in, i.e. the conversion of debt of the Bank to creditors in the capital.

20 Feb 2017 functions of the turnaround of the Bank was vested in the Agency on insurance of contributions. April 19, 2017 Bank of Russia finally approved the sanation of the credit institution, agreeing to allocate her RUB 67 billion Enterprise, the creditors will also contribute to closing the “hole” in the Bank’s capital of 70 billion rubles. later investor in the rehabilitation of the “Peresvet” Bank of Russia chose under control “Rosneft” the all-Russian regional development Bank (RRDB), which recently received 99,999989% stake in the Bank “Peresvet” on the results of the additional issue carried out by the credit organisation.