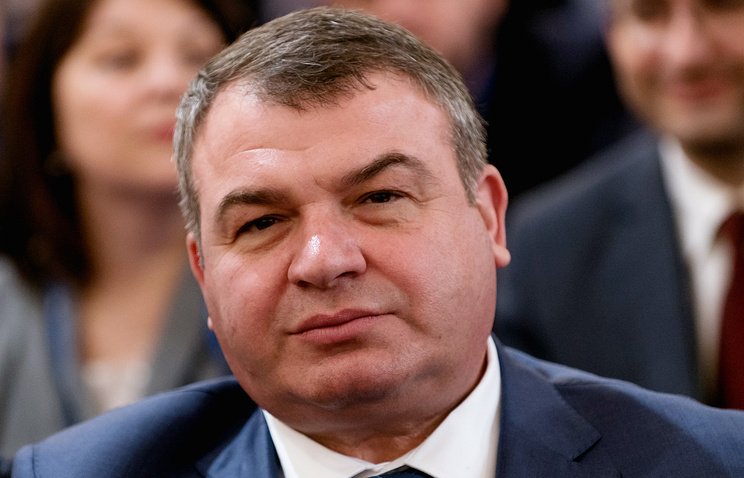 MOSCOW, June 29. /TASS/. Shareholders of “KAMAZ” – the largest Russian manufacturer of trucks – the overall Assembly approved the candidacy of the former defense Minister of Russia Anatoly Serdyukov in the Board of Directors “KAMAZa”. It follows from the Russian company. The Board of Directors of “KAMAZ”, he was replaced by ex-Chairman of VEB Vladimir Dmitriyev.

The new composition of the Board of Directors re-elected the General Director of “KAMAZ” Sergey Kogogin, head of the state Corporation “rostec” Sergey Chemezov, Rostec Deputy CEO Igor Zavyalov, the head of Daimler AG Wolfram Schmid, Vice President, business development of Daimler trucks in Russia, Herald of Yank, the Chairman of the trade Union Committee of employees of KAMAZ Alexander Vassiliev, a former Prime Minister of Tatarstan Ildar Khalikov, Chairman of the Board of Directors of “AVTOVAZ” Sergei Skvortsov, and also the CEO and President of OOO “Vardanyan, Broitman and partners” Michael Broitman and Ruben Vardanyan.

The largest shareholder of KAMAZ is GC “rostech” (it controls 49.9 percent). Among other shareholders are registered in Cyprus Avtoinvest limited (20,81%) and Cyprus Decodelement Services Limited (2,73%). Also among the shareholders of German carmaker Daimler (15%), the American KAMAZ International Management (4,25%) and “Financial leasing company “KAMAZ” (3.72 per cent).

“KamAZ” occupies the 16th place among the world’s leading manufacturers of heavy trucks and the eighth place in the world in terms of production of diesel engines. Part of the process chain group includes 11 major automobile manufacturing plants and units of the auxiliary cycle.