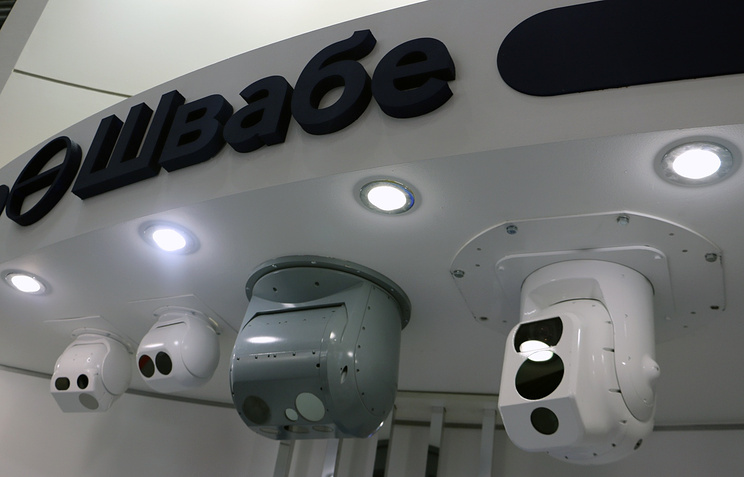 MOSCOW, June 28. /TASS/. Holding “Schwabe” state Corporation rostec, introduced opto-electronic surveillance system at the VIII International Maritime defense show (IMDS), which opened on Wednesday in St.-Petersburg on the territory of the exhibition complex “Lenexpo” and a mooring complex “Morskoy Vokzal”. This was reported by the press service of the holding.

“The enterprises of the holding “Schwabe” is not the first year are members of this professional event. In 2017, “the Schwab” show on IMDS optical surveillance systems that can be installed on various types of equipment, both military and civil purposes, including to ships at sea – ships and boats” – leads the press service quoted Deputy Director General of the holding Dmitry Zhidkov.

On the stand of the company from 28 June to 2 July will be presented the products of the Ural optical and mechanical plant (UOMZ): this is a civil optical surveillance systems, as well as a compact stable system of SMS-831 and military products – installation sector review for surface ships.

“Optical surveillance systems enterprises “Schwabe” guarantee the obtaining of high-quality and stable images under any shooting conditions even in low visibility conditions. The systems monitoring and optics for military use allow us to monitor surface and air situation in the interests of defense of the ship, navigational safety and to control the takeoff and landing of naval helicopters,” – said in the holding.

International Maritime defence show is held once in two years. The main purpose of the IMDS is to provide manufacturers and developers of weapons an opportunity to demonstrate the scientific and technical capacity development, to inform about the newest Russian achievements, promote the development of business contacts of enterprises OPK of Russia with foreign colleagues. In 2015 in the exhibition took part 423 of the manufacturer of the 28 countries of the world. Visitors to the salon in 2015 more than 46 of the official delegations from 39 countries.