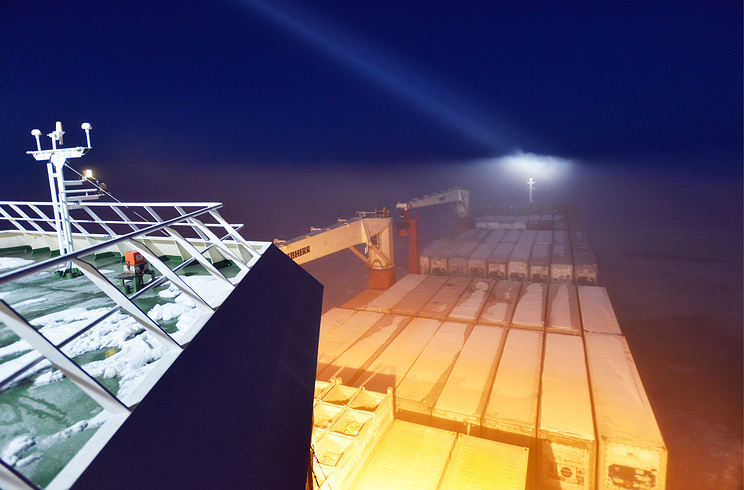 PETROPAVLOVSK-KAMCHATSKY, June 30. /Offset. TASS Elena Vereshchak/. A specialized organization will be created for the development of the Northern sea route. This was stated by the Minister for Far East development Alexander Galushka at the meeting of Vice-Premier of the government of the Russian Federation Yuri Trutnev, Deputy Prime Minister of the PRC state Council Wang Yang, announced June 30, the press service of the Ministry of the Russian Federation.

“Measures for the development of the Northern sea route included in the state program of Russia, and its management and development will be engaged in a specialized organization,” – said Alexander Galushka.

However, he did not specify the timing of creation, the location of the organization and other details.

During the talks, the Minister said that to improve the quality of cooperation with Chinese companies, one of the key challenges is the increase in ships passing through the Northern sea route during the period of clean water. This will enable the owners of China in practice to evaluate the possibility of the Northern sea route, as well as to shape a set of proposals and requirements for the development of the route, services and facilities.

“At the moment, developed optimal logistic scheme of regular Arctic container line, including two port hub in Petropavlovsk-Kamchatsky and Murmansk. The uniqueness of this route is that the owners of northeast Asia during the transit of goods to Northern Europe save up to nine days at almost identical cost compared to routes through the Suez and Panama canals,” – said in the message.

The Northern sea route (NSR), a shipping route, the main sea communication in the Russian Arctic. Runs along the Northern Russian coast on the Arctic ocean, connects the European and far Eastern ports of Russia, as well as the mouth of the navigable Siberian rivers to the transport system. Length from the Kara Strait to the Providence Bay is about 5600 km, which is almost two times shorter than other sea routes from Europe to the far East. Navigation duration is two to four months, usually with the help of icebreakers, which often allows to lengthen this period.