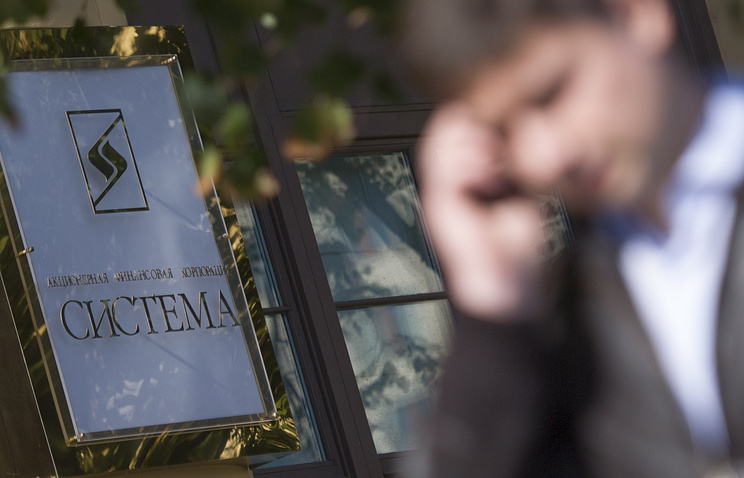 MOSCOW, June 30. /TASS/. AFK “System” appealed to the Arbitration court of Bashkiria in connection with the seizure of assets of the holding within the framework of interim measures under the claim “Rosneft” is 170.6 billion rubles, follows from the filing of arbitration cases.

In addition, the holding company has submitted an application to the court for cancellation of the relevant security measures. The court made this statement and set the date for consideration for July 6.

Earlier it was reported that the assets of Sistema, arrested by the bailiffs under the claim “Rosneft” and affiliated “Bashneft” in the framework of interim measures is estimated at 185 billion rubles, while the amount of the claim is 170,6 billion. In particular, under arrest were 31,76% telecommunications company MTS, 100% of the network of clinics “Medsi” and 90,47% of Bashkir power grid company (BESK).

In early may, “Rosneft” and affiliated “Bashneft” has submitted to Arbitration court of Bashkiria the claim with the requirement to recover from Sistema and ZAO “Sistema-invest” 106,6 billion roubles of the losses caused by “Bashneft” as a result of its reorganization in 2014. Subsequently, the amount of claims increased to 170,6 billion rubles taking into account the devaluation of the ruble. The lawsuit was also joined by Bashkortostan, which owns 25% plus one share in Bashneft.

From 2005 to 2014 “Bashneft” was part of the AFK “System” Vladimir Yevtushenkov, after it was returned to public ownership. In 2016 50,1% of shares of “Bashneft” bought “Rosneft”, paying for a package of 329.7 billion. Later, after the offer to minority shareholders, “Rosneft” began to control 57.7% of the share capital of “Bashneft”. Bashkiria owns 25% plus one share in Bashneft.