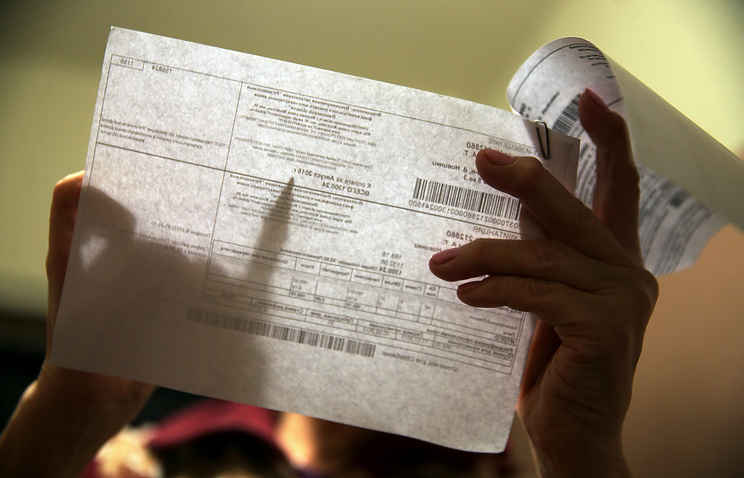 MOSCOW, June 30. /TASS/. Tariffs for housing and communal services (HCS) in Russia will increase from 1 July, the growth in the national average is 4%. However, the growth rate in different municipalities can vary: how to rise above the average in Russia, and to diminish, told TASS in the Federal Antimonopoly service (FAS).

In addition, the Russians received bills with inflated charges for utilities will be able to complain to the Control and FAS.

At the Federal level, the level of growth rate is based on the forecast of socio-economic development of Russia in the coming years. Tariffs are set by the FAS.

“In the first half of 2017, a rate increase was not at all. And the second, in July, growth will average 4% in the country, which is below the level of inflation, and the lowest figure in five years”, – told in the press service of the Ministry of construction.

Where may increase prices

The increase in payment depends on the subject and the specific resource-supplying organizations, which citizens pay for the services, says Deputy General Director Institute of natural monopolies research (IPEM) Alexander Grigoriev.

The experts of the Institute based on the regional tariff authorities (REC) and resource providing organizations believe that the actual growth of tariffs for consumers will be higher than 4%. Moreover, the research Institute of natural monopolies, which is available on TASS, says that the growth rates in individual line items of housing and communal services from July 1, will exceed approved at the Federal level limit the indexes in 11 Russian cities – Moscow, St.-Petersburg, Ekaterinburg, Nizhny Novgorod, Chelyabinsk, Samara, Ufa, Krasnoyarsk, Perm, Voronezh and Volgograd.

Limit indexes of rates for utility services are established as an indicator of the average increase of the entire set of utilities. As explained in the FAS, the restriction of the growth of payment refers to the payment collectively for all the utilities. That is, the growth rates of one of the articles bills can be, but the total height should not exceed the established targets.

Kazan and Omsk restrain the growth of tariffs

Total Institute of problems of natural monopolies studied 15 Russian cities and considered data from public sources regional tariff authorities and major utility companies for the five main utility services: electricity and heat supply, cold and hot water supply and water disposal. Gas supply in the list are not included. The experts of the Institute compared the growth of tariffs for utility services with limit values, approved by the government.

Iput recorded the excess of growth rate over the installed limit indicator for electricity prices in 6 of the 15 cities – Saint-Petersburg, Moscow, Samara, Krasnoyask, Perm and Voronezh. “The tariffs for heat, the excess will happen in two cities – Volgograd and Nizhny Novgorod, Volgograd, this increase is largely associated with the held in the town experiment on transfer of urban systems of heat and water in concession to private companies,” the study said Iput.

Tariffs for hot water will exceed the maximum index in 6 of the 15 cities (Moscow, Chelyabinsk, Samara, Rostov-on-don, Voronezh, Volgograd), on cold water supply in 8 of the 15 cities (Moscow, Saint – Petersburg, Nizhny Novgorod, Chelyabinsk, Samara, Ufa, Krasnoyarsk and Volgograd). While in Nizhny Novgorod limit index exceeded 4.3 times, because of this the cold water for the population of the city, according to experts, is considered the most expensive among the 15 examined the largest cities of Russia.

The highest number of cases exceeding the growth rates recorded in the field of sanitation – in 9 of the 15 cities: Moscow, St.-Petersburg, Ekaterinburg, Nizhny Novgorod, Chelyabinsk, Samara, Ufa, Krasnoyarsk and Volgograd. The greatest growth of tariffs for wastewater re-observed in Nizhny Novgorod – the figure is 22.6%, which is 5.1 times the statutory limit index. Best with the containment of growth of tariffs to cope Kazan, Novosibirsk and Omsk in these cities exceeding the limiting indexes of growth of payment for utility services of any types of services not marked.

Who to complain to

Cost method of formation of tariffs for housing and communal services does not take into account the possibility of the population regarding their payment, says Deputy General Director Institute of natural monopolies. “Utility costs are a major item in the budget of an average Russian family. A further application of this approach without an increase in transparency will cause greater social unrest, and a vivid example of which are the protests that took place in Novosibirsk this spring”, – said Grigoriev.

He also added that effective cost-effective measures for solving this problem exist. For example, in Kazakhstan annually conducts a public hearing, in European countries used the method of comparison of analogues, which stimulates suppliers ZHKU to focus on the most effective colleagues, said Grigoriev.

As stated in the FAS, the data presented in the research Institute of natural monopolies, require a detailed analysis. “Monitoring compliance of the index by subject of the Russian Federation, the FAS, but the monitoring of compliance with limit indexes to specific municipalities and the state housing supervision exercised by the Executive authorities of the constituent entity of the Russian Federation”, – explained the press service.

The Ministry said that to him the results of the study have been reported, and added that “given the forecast for the 2017-2019 years have already taken tariff decisions.” The Ministry of construction said that the experts inspect these regions and will soon provide a review.

“If residents believe that the rate is excessive, you can contact the management company and the Control that they have verified the correctness of the charges. In addition, you can send a request to the FAS as to the authority establishing the rates of utility services,” – said the Ministry of construction.