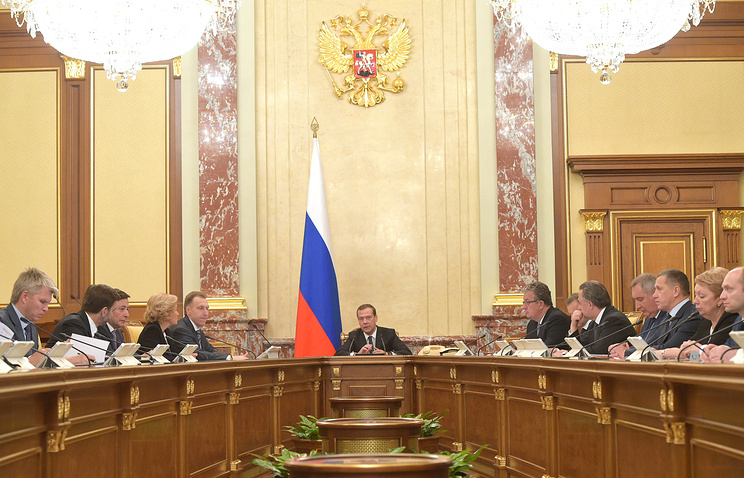 MOSCOW, June 29. /TASS/. The government will submit to the President a proposal on the extension of the counter-sanctions until 31 December 2018. This was stated by Prime Minister Dmitry Medvedev at a meeting of the Cabinet of Ministers.

He recalled that on the eve of the European Union extended sanctions against Russia. “In this situation, we will respond adequately, yesterday we discussed this issue with the President. The government will submit the proposal to the President about how to extend the retaliatory measures by one year, until 31 December 2018”, – said Medvedev.

He also said that the government believes that the country’s economy in the coming years will test the impact of anti-Russian sanctions.

“We expect that the Russian economy in the coming years will continue to be influenced by a number of negative factors one of these factors I mentioned is the retention of anti – Russian sanctions and restrictions on our companies access capital markets and technology markets,” said Medvedev.

According to him, the basic version of the socio-economic development of the country, the Cabinet adopted as a basis, “is based on realistic assessments regarding the pace of development of the world economy, demographic situation and overall situation in the commodities markets.” Medvedev explained that we are talking about the background of a gradual slowdown of world economic growth, as well as the analysis of market prices of hydrocarbons and on the demographic processes in the country, including the deterioration of the age structure of the population.

These “not the best circumstances” he called to consider building the Cabinet work in the medium term.