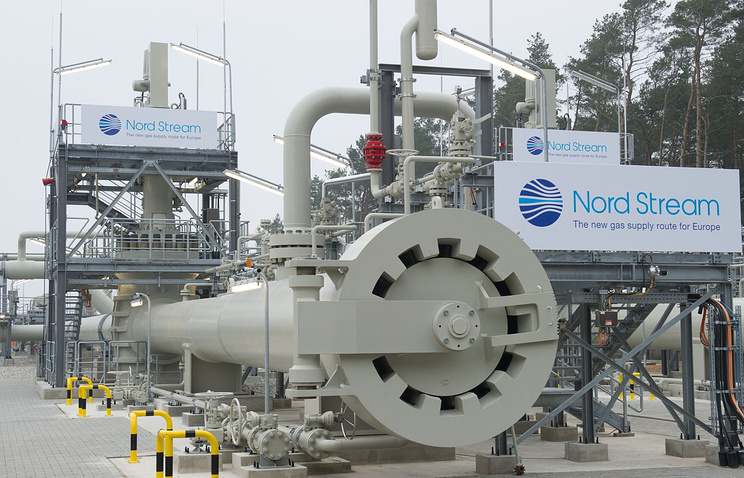 MOSCOW, June 30. /TASS/. Poland needs to amend the draft mandate more stringent conditions for negotiations with Russia, “Nord stream – 2”. TASS said one of the negotiators in the EU Council.

“On Monday (26 June – approx. ed.) was the first-round discussion, but this is just the beginning. Interviewed 13 representatives of the EU, and they have all supported our approach. But it is no secret that some members have concerns on this issue. Poland, for example. They are convinced that the mandate means that the European Commission will approve the project. They believe it (the mandate – approx. ed.) not ambitious enough at this stage, need to make it hard as possible”, – said the Agency interlocutor.

According to him, for the decision on the mandate of the Council of the EU must vote by a qualified majority, i.e. “for” should be about 70% of the vote. However, he noted that the position of one only of Poland, if she will vote against it, will be insufficient to block a decision on this issue. “Even if Poland and Germany together to vote “no” and all the other “pros”, they will not be able to block the mandate, it is necessary to gain more than 30% of the vote,” he said.

The European Council will discuss the issue of giving the European Commission a mandate to negotiate with Russia on the project “Nord stream – 2” in July, only at the expert level, has informed a source in the EC close to the negotiations.

“In July there will be two working groups (which will be discussed the question of giving a mandate to the European Commission – approx. ed.). But this is a technical, expert level, they have no authority to make a decision. And the next Ministerial meeting (meeting of the EU Council at the level of Ministers of energy – approx. ed.) will be held in September. Then in October and December”, – said the interlocutor of the Agency, responding to a question about the negotiations.

He also noted that on 26 June, when the European Commission presented to the Ministers the draft mandate, it was supported by half of representatives of the 28 EU countries.

Earlier, Bloomberg reported that the EU Council will discuss the issue at a meeting on July 25.

Official comments from the EC have not yet been reported.

The European Commission in early June asked the member countries of the EU mandate for negotiations with Russia, “Nord stream – 2”. The EC plans to discuss with the Russian side possibility of creating a special legal framework for the operation of the future gas pipeline. Despite the fact that the EC considers that the project is contrary to the rules of the EU Energy Union, it allows for its implementation.

The controversy is the fact that the “Nord stream – 2” is not subject to the rules of the EU internal market and the Third energy package, as the pipeline will pass through the sea.

The commissioning of the “Nord stream – 2” is scheduled for the end of 2019. The pipeline must pass under the Baltic sea from the Russian coast to coast of Germany. The capacity of each of two strings is 27.5 billion cubic meters a year. The new pipeline will double the power of the first Nord stream route which in the ground and repeat.