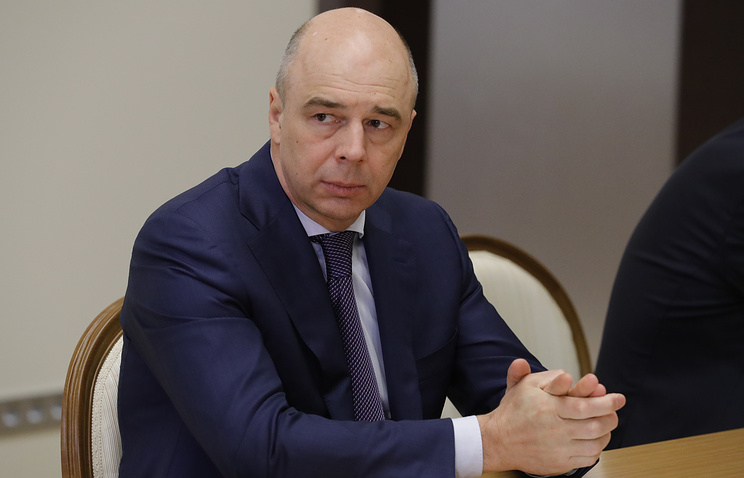 MOSCOW, June 29. /TASS/. Russia intends to completely abandon the spending of the Reserve Fund from 2019 to 2018, spending will be reduced by half compared to 2017, said Finance Minister Anton Siluanov at session of the government of the Russian Federation.

“We cut spending our reserve funds. Next year they will be in two times less than in the current year. Starting with 2019, we fully abandon the use of the contingency Fund is to Finance the budget deficit exceptionally at the expense of internal sources of borrowing and small external sources,” he said.

Siluanov said that the Finance Ministry proposes to reduce budget expenditures in 2018 of 2% for the purpose of forming reserve of $ 77 billion. “We propose to reduce by 2% expenses, excluding wages and salaries of public-regulatory obligations, the implementation of international treaties, intergovernmental transfers to state extra-budgetary Fund, the maintenance of the judiciary, debt service and parts closed on articles”, – said the Minister.

Speaking of domestic borrowing, the Minister said that it is planned to raise about 1 trillion rubles over a three year period. “The main source will be Federal loan bonds, which we plan to release an amount in gross terms to more than 1.5 trillion rubles”, – he concluded.

Siluanov also said that the budget revenues in 2018 will grow to 630 billion rubles, the share of oil and gas revenues will account for 63%.

“We increased within the parameters of the macroeconomic forecast of the revenue part of the budget to 630 billion rubles”, – he said.

“The share of income not related to oil and gas is increasing from year to year. If in the current year, we expect the share of oil and gas revenues in the amount of 60% of all income, the next year the figure will be 63%,” – said Siluanov.

He also noted that budget expenditures account for funds for indexation of pensions in 2018 the expected inflation rate of 4%.

“We are talking about the indexation of pensions to the projected inflation rate of the previous year, i.e. 2017. We have provided the indexation on wages, pensions, public normative obligations and scholarships to the level of 4% next year”, – said the Minister.