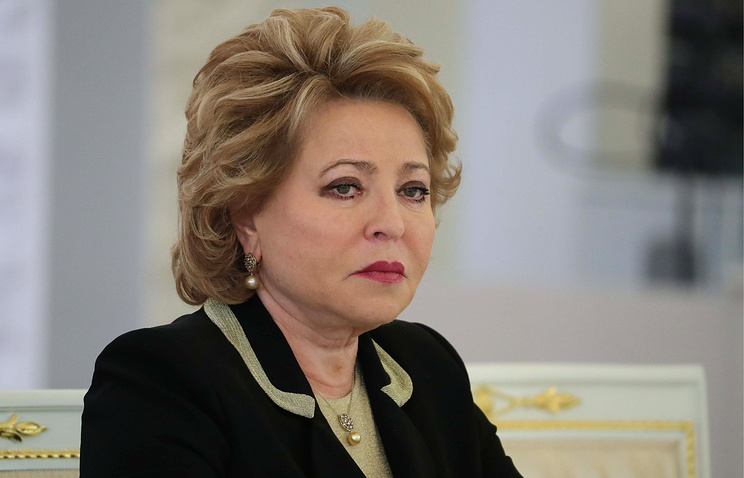 NOVOSIBIRSK, July 3. /TASS/. The Chairman of the Federation Council Valentina Matviyenko said that Russia has enough women hold positions “at the level of decision-making”, including in Parliament.

“We in Russia are not satisfied with the level of representation of women in decision-making,” said she, speaking on Monday in Novosibirsk at the first Congress of women of the countries of the Shanghai cooperation organization (SCO) and BRICS. “We have few women in Parliament, much less than we would like,” said Matvienko.

“So we have work to do”, – stated the speaker of the upper house of Parliament, adding that in this matter Russia is interesting international experience.

Matviyenko also said that the projects aimed at supporting women, including in the field of women’s entrepreneurship, will be presented at the second Eurasian women’s forum, to be held in 2018.

“The Eurasian women’s forum in 2018 we will present projects that aim to support women, implementation of their initiatives in various fields,” said she, explaining that it is, for example, about the “training of women leaders, participation of women in the promotion of high technology, the prevention of breast cancer, women’s entrepreneurship”. “Almost all projects receive international publicity,” – said Matvienko.

She drew attention to the development of women’s entrepreneurship, which is currently in Russia is more than a quarter of small and medium businesses, encompassing “not only traditional industries such as education, light and food industry”. “Women successful in the development of the knowledge economy, in the sphere of innovations and high technologies”, – said the speaker of the Federation Council, Recalling that this year in Russia began to operate special loan products for women entrepreneurs.

Matvienko noted that the preparation and coverage of the activities of the forum can be discussed on the portal “Eurasian women’s community.” “This online resource is specially designed for the exchange of information and experience, realization of joint actions, the portal operates in Russian and English languages,” she explained.

In the first Congress of women of the SCO and BRICS attended by more than 300 representatives of women’s organizations, including from India, Kazakhstan, China, Mongolia, Pakistan, Tajikistan, Uzbekistan, and South Africa. Forum on the theme “the Role of women in modern society: cooperation in politics, economy, science, education and culture” held under the auspices of the Federation Council and with the support of the Ministry of foreign Affairs of the Russian Federation. On the sidelines of the Congress will also host a dialogue, “Women and the economy”, which will unite the representatives of business circles and state authorities. This platform will provide women entrepreneurs an opportunity for the international exchange of experience and establishment of business contacts, explained in a press-service of SF.