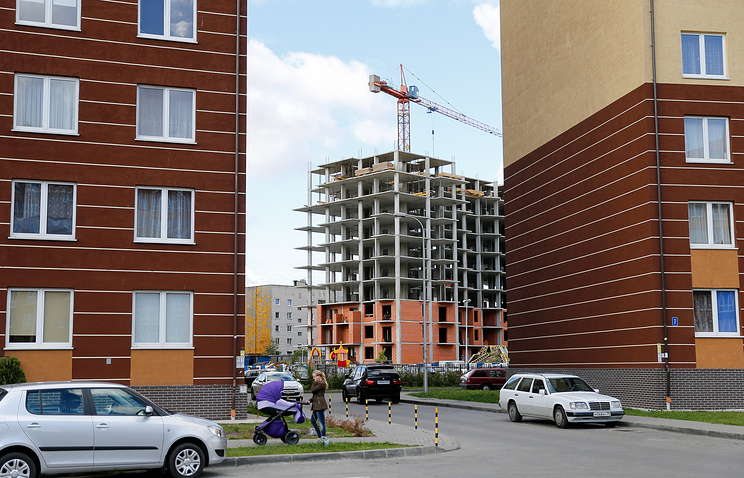 MOSCOW, July 4. /TASS/. New stage of the program of assistance to mortgage borrowers who are in difficult life situation, will be launched in July. This was announced by Deputy Finance Minister Alexei Moiseev in an interview with TV channel “Russia 24”.

“Of course, I would hope that during the month of July the program will start”, – said the Deputy head of the Ministry of Finance.

Earlier Tuesday, Moses said that from the government’s reserve Fund will be allocated 2 billion roubles to support mortgage borrowers who find themselves in difficult life situations. Funds previous program of assistance to mortgage holders – 4.5 billion rubles were spent in March 2017.

The Ministry of construction and Ministry of Finance is currently formulating proposals for criteria to assist in the coming days they will be formulated and submitted to the government. “I hope that during the month of July the new criteria will be issued in the form of an act of government,” he said.

Assistance will be given to all the mortgage holders in a difficult situation, said Moses, and those who lost because of the crisis work, and those who have on exchange rates and payment on the loan has grown not comparable with the salary.

“It is clear that such people are in relative proportion to the total volume of the issuance of more currency mortgages than the ruble, but, nevertheless, the program was not configured for a certain type of mortgage, and now nobody offers”, – he said. The fact that a person currency mortgages, does not mean that he was in a difficult situation, stressed Moiseev – a person may be paid in foreign currency or other opportunity to repay the loan in foreign currency.

He noted that the previous programme of support for mortgage holders has well, but it ran out of money. The extension was possible since the amendments to the budget in 2017, signed by the President, laid the source of funding for the program, said Moses.