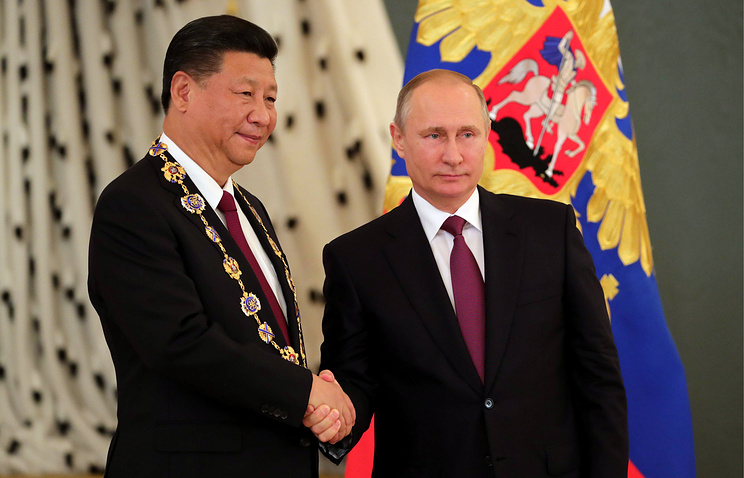 In the Kremlin negotiations between President of Russia Vladimir Putin and President XI Jinping.

Following the meeting, the sides signed several dozen documents in the field of politics, economy, culture, as well as in the public sphere, including approved the action plan for the implementation of the Treaty on neighborhood, friendship and cooperation for 2017-2020.

The two leaders stressed the high level of bilateral relations, Putin noted that Russian-Chinese partnership has strengthened and continues to develop rapidly, and XI Jinping expressed confidence that the development of relations between Russia and China is unwavering, despite the situation in the world.