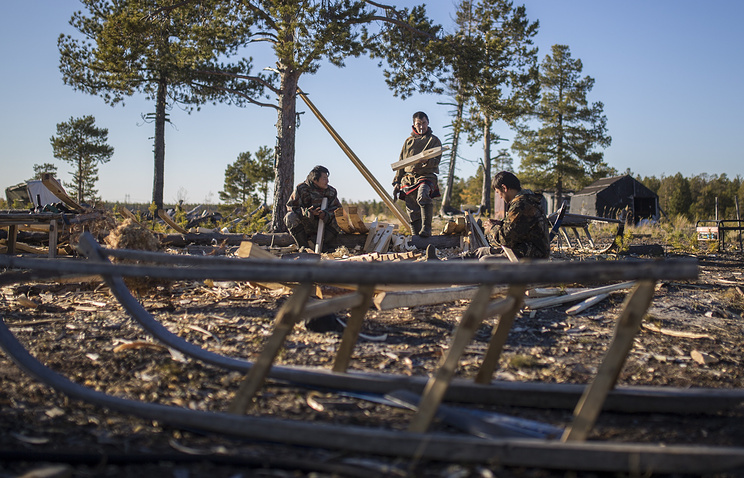 MOSCOW, July 4. /TASS/. Yamalo-Nenets Autonomous Okrug (YANAO) will present the experience of entrepreneurship among the indigenous peoples of the North (kmns) in Geneva. As reported on Tuesday the press service of the Department of international and foreign economic relations of the region, experts at the UN Council of the Yamal delegation will tell you about reindeer husbandry and fishing.

“The delegation of Yamal will participate in the meeting of the 10 session of the Expert mechanism on the rights of indigenous peoples under the UN Council on human rights, which will be held from 10 to 14 July in Geneva. The main purpose of this event is to explore best practices, discuss key challenges in the field of entrepreneurship and issues of accessibility to financial services for indigenous peoples, small and medium – sized business”, – said the press service.

The authorities of the Yamal-Nenets Autonomous district will receive in 2017, more than 2.6 billion rubles for the development of agriculture in the region (agriculture). The money, in addition to the priority areas – reindeer breeding and fishery, development of crop production, dairy and beef cattle breeding, farming and purchase of wild plants.

Earlier it was reported that the production of reindeer on the Yamal Peninsula in the five years increased by 61%. In the region there is the largest domesticated herd of reindeer – about 800 thousand.

Over the winter of 2016-2017 of the Yamal agricultural enterprises, communities and herders – private traders procured 2,654 thousand tons of meat, at slaughter, were put 88 thousand deer. Yamalo-Nenets Autonomous Okrug is the only region in Russia that has the right to export reindeer meat to EU countries. Deliveries are carried out since 2008, during this period Finland and Sweden delivered more than 2 thousand tons of meat.