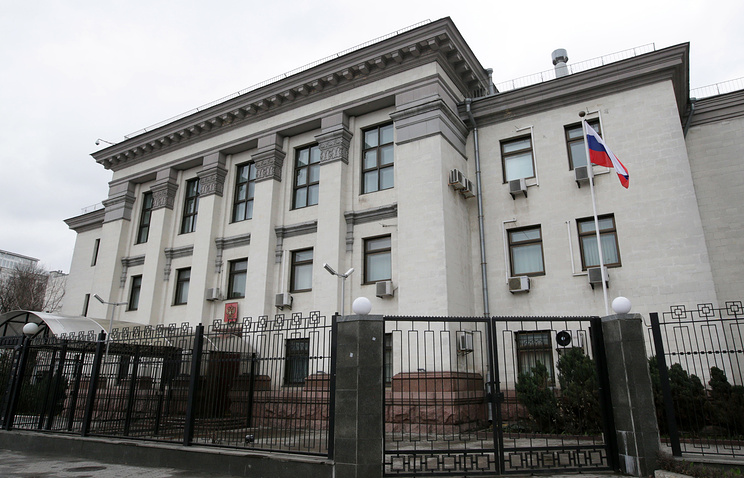 MOSCOW, 5 July. The Russian Embassy in Kiev is actively engaged in the fate of the detainee in Ukraine of Russian citizen Viktor Ageev. About it declared on Wednesday to journalists by the official representative of Russian foreign Ministry Maria Zakharova.

“Drew attention to media reports that the Ministry of foreign Affairs allegedly not involved in the fate Ageeva, she said. In addition to inaccurate media reports, there are statements of some public figures and politicians on this subject, including [paid attention] to the statements of the representatives of the “Yabloko”.

“This is not true, she said. – Russian Embassy in Kiev is actively engaged in the fate of the detainee in Ukraine, the Russian citizen Ageeva”.

Earlier, Russian service Bi-bi-si has reported, citing Ukraine’s defense Ministry and the command of the 93rd separate mechanized brigade of the Armed forces of Ukraine, in the Luhansk region, was allegedly captured Russian military Victor Ageev, designed in the Altai region and served as a contract. The Russian defense Ministry has denied reports that Ageev was the Russian military.

Later, the press Secretary of the Russian President Dmitry Peskov said that the Russian authorities will take measures for the protection of all legitimate rights of the detained Russians.