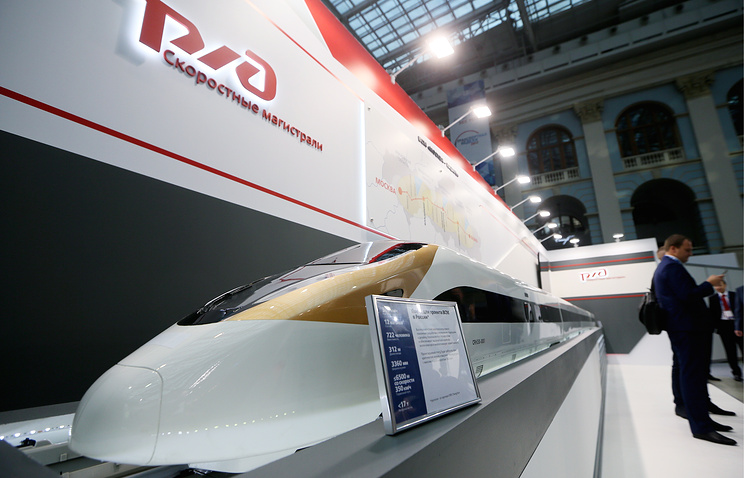 MOSCOW, 5 July. /TASS/. Glavgosexpertiza Russia issued a positive conclusion on the project documentation of the 3-rd and 4-th stages of construction of high-speed railway (HSR) Moscow – Vladimir – Nizhny Novgorod – Cheboksary – Kazan, the report said the Railways. These stages include a complex of works on preparation of territory and construction of the railway and related construction projects in the area from Railway station 23 km (Moscow region) to the station VSM Vladimir (Vladimir oblast).

The design of this site was carried out taking into account the need to combine high-speed railway construction and new sections of the road M-7 “Volga” to bypass the cities of Balashikha and Noginsk. Combining the projects will allow to optimize costs and minimize environmental impact. Approved plot VSM has a length of 172 km, it is located 3 intermediate passenger stations: Noginsk-VSM, Orekhovo-Zuyevo-VSM, end of the line-VSM.

OAO “RZHD” continues realization of the project of high speed railway Moscow – Kazan. Currently, a consortium of companies-designers in the structure of JSC “Mosgiprotrans”, JSC “Nizhegorodmetroproject”, relax Inn China Railway Engineering Group Co. Ltd. completes project work. The length of the pipeline will be 762 km, operating speed of trains to 360 km/h. the Route will pass through the territory of 7 regions of Russia (Moscow, Moscow, Vladimir, Nizhny Novgorod regions, Republic of Chuvashia, Republic of Mari El and Tatarstan). Travel time from Moscow to Kazan on the new line will be 3.5 hours (instead of 14 hours now), envisages the construction of 16 stops.

In 2017, the adopted technical solutions in all elements of the infrastructure of high speed rail for different speeds. Received a positive conclusion about carrying out public technological and price audit of the project documentation of the Moscow – Nizhny Novgorod (by Ernst & Young). Conducted and held public hearings in all sections of the passages of the highway.