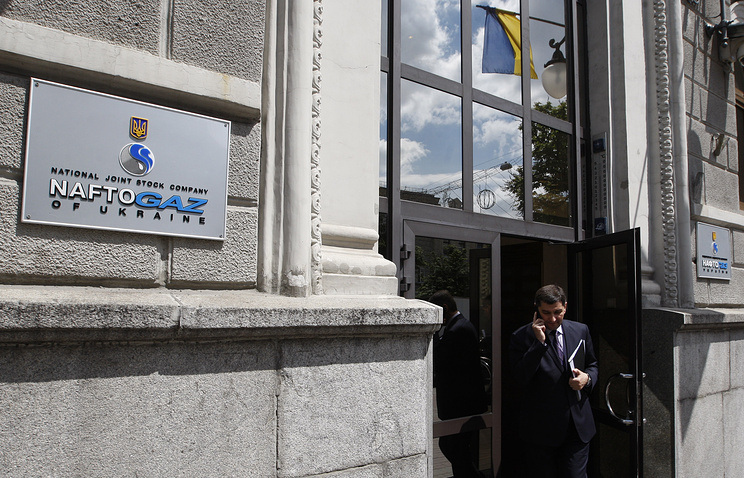 KIEV, July 6. /TASS/. The principle of “take or pay” gas supply contract between Ukraine and Russia can be saved, but in a different form. On Thursday said the chief commercial Director of the state company for extraction, transportation and processing of oil and natural gas “Naftogaz of Ukraine” Yuriy Vitrenko, commenting on the negotiations between the parties after the decision of the arbitration.

“Requirements of “Gazprom” was the fact that “Naftogaz” has to pay $43 billion under this agreement. As for other future gas supplies, the principle of “take or pay” can be stored in another form,” he told the TV channel “espresso TV”.

Vitrenko added that “Naftogaz” did not see any problems in the application of this principle in the future.

The dispute between Gazprom and Naftogaz in the Arbitration Institute of the Stockholm chamber of Commerce (Stockholm arbitration) began in 2014. Company suing over contracts for the supply of gas and its transit through the territory of Ukraine since 2009. Hearings under the claim “Gazprom” was concluded in December 2016.

The requirement “Gazprom” to “Naftogaz” amounted to more than $37 billion This amount includes the payment of debt for gas supplied in may and June 2014, payments on the obligation “take or pay” for 2012-2016, as well as a penalty for late payment.

At the end of may 2017, the Stockholm arbitration court abolished the requirement of “take or pay” Gazprom’s contract on gas supplies to Ukraine. It was explained that the court decision also fully repealed the ban on gas re-export, and the revised formula of gas prices from 2014, which will now be tied to the quotations at the European gas hubs. Arbitration has offered to “Gazprom” and “Naftogaz” to agree on the amount of claims on claim of the Russian company.

Currently the parties are negotiating the amounts of mutual claims within the framework of the decision of the Stockholm arbitration. If negotiations are not successful, then the final decision will be for the arbitration.