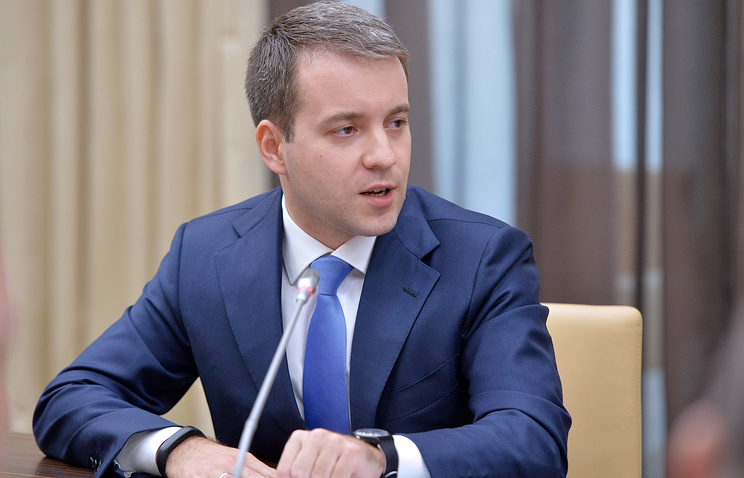 NOVO-OGARYOVO, July 5. /TASS/. The costs of implementing the program for the digital economy of the Russian Federation will be about 100 billion rubles per year, a significant part of the funds already budgeted. This was announced by the Minister of communications and mass communications of the RF Nikolay Nikiforov, speaking at a meeting of the Council for strategic development and priority projects.

“The current estimate of the annual costs in the operating plan that we have to develop and approve, is about 100 billion RUB. I Want to emphasize that a significant portion of these funds really are contained in the expenditures of the Federal budget – we have to consolidate, define uniform technical policy and uniform rules of the game,” said the Minister, adding that the government is preparing such proposals.

Nikiforov noted that the implementation of the program partly require the allocation of additional funds from the budget.

He said that approximately two-thirds of the 100 billion rubles already provided for in various articles of the budget. “About a third may be necessary”, – he added.

According to the head of the Ministry of communications, the program “Digital economy” is not an operational document, and fixing the goals for 2024 “to Move to them (these goals) will be part of the operational document – the so-called sliding three-year plan,” he explained.

It is expected that this plan must be approved by the government and annually updated, the Minister said. A three-year plan will contain more detailed objectives, specific steps toward designated targets, defined milestones and, in particular, the sources of funding. “For each area a list of goals, tasks, deadlines for their implementation defined”, – said the head of the Ministry.

Nikiforov also noted that the implementation of the whole complex of measures on development of the digital economy, Russia will need “a fundamentally different model of management of implementation and financial support of the program.”

The government of the Russian Federation in the course of work on the program discussed creation of a separate Fund for the digital economy approximately 100 billion rubles, but the final decision was taken.

Nikiforov said that for the effective development of the digital economy need to prepare 1 million IT specialists.

“If we talk about the programmers we have today 500 thousand people. We think that we have the technological groundwork (for the development of the digital economy – approx. ed.) we will be able to provide if we step up and put a target to reach 1 million people employed in the sphere of information technologies,” he said.

Nikiforov noted that the successful development of the digital economy will happen only when people possess the necessary knowledge, skills and experience. “Competence in a broad sense of the word. It is not only software developers, this reassessment of the entire approach of highly qualified specialists in many spheres”, – he explained.

About the Foundation of the digital economy

According to the Minister, the government has not yet decided whether created as a separate Fund for the digital economy.

“Such an idea is discussed, but the government has yet to pass a number of approvals, of course, even with the financial and economic bloc”,- said the Minister.

He recalled that the Ministry of communications has initiated the idea of creating a separate Fund for the digital economy. “It’s really one of the models offered by our Ministry. We believe that if our country is making a major bet on digital technology to build a digital economy, and that’s what we hear from the lips of our President, we need a fundamentally different model of governance”, – said Nikiforov.