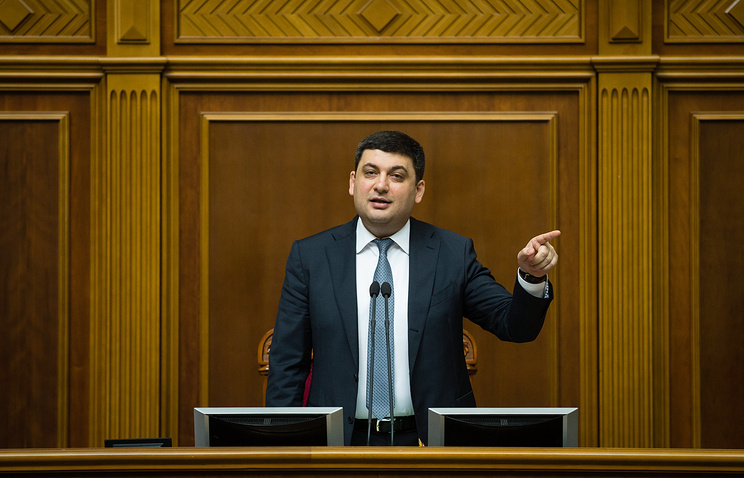 NEW YORK, July 4. /TASS/. The international monetary Fund (IMF) will have to be postponed to a later date the allocation of Ukraine the next tranche of credit assistance to $1.9 billion. the Reason is that the Verkhovna Rada does not manage in time to approve the required tranche of legislative acts, including draft law on sale of agricultural land in Ukraine. Reported about it in published on Tuesday of interview to the business news Agency Bloomberg, the Prime Minister of the country Vladimir Groysman.

“We will not be able to do it before the parliamentary recess [July 14th until September],” he admitted, speaking about this document.

The Verkhovna Rada was planning to adopt new legislation on the sale of agricultural land in may 2017, which was recorded in the Memorandum on economic and financial policies between Ukraine and IMF. The current moratorium on sale of agricultural lands should be null and void at the end of 2017, and thus immediately thereafter to begin the sale of land under state and private ownership. Groisman, the TV channel “112 Ukraine” explained that the draft law on land market will allow its sale only to natural persons with Ukrainian citizenship.

In an interview with Bloomberg, the Prime Minister reiterated this position, stating that the issue was complex, as it is not restricted to just the introduction of restrictions on the sale of land. “Now we understand what model we need and whose interests it should reflect”, – said Groisman. “We will prepare a draft law in the full version as soon as possible. It is 99% ready, but is missing one element – access of Ukrainian farmers to long-term financing” at reasonable prices, he said, assuring of the commitment of Kiev to implement the terms of agreements with the IMF.

In March 2015, the IMF opened a four-year loan program for Ukraine at $17 billion In the framework of Kiev received at long intervals of four tranches of credit totaling approximately $billion of 8.38