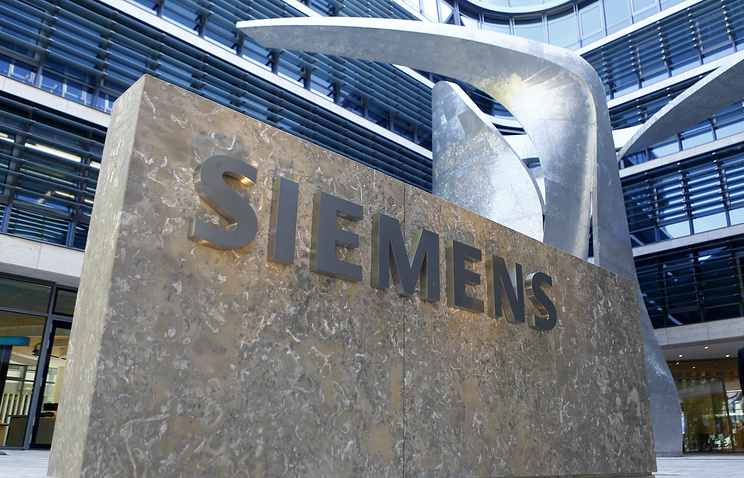 MOSCOW, 7 July. /TASS/. Siemens will establish a special unit to check messages on the delivery of their turbines in the Crimea. This was reported on Friday by Reuters, citing a company statement.

“We have no credible evidence of the delivery of our turbines in the Crimea. However, we are seriously these rumors and created to test this question, the special group that works hard to clarify the facts”, – quotes Agency the statement of the company.

According to Reuters, Siemens noted that the redirection of the purchased turbines in Crimea is a breach of contract, adding that the company “complies with all restrictions of export control,” as repeatedly warned its customers.

“Siemens has adopted all potential and legal measures to take operational measures to prevent illegal use of equipment, for example, will not make any deliveries or provide services for installation, commissioning or warranty [hardware]. We will continue to work with all interested parties”, – quotes Reuters the statement of the company.

Previously, the Agency Reuters with reference to sources reported that the Siemens turbine was delivered to the Crimea to bypass sanctions of the EU. In the Russian office of Siemens delivery denied.

On Thursday the state Corporation rostec said that “Tekhnopromexport” (enters into state Corporation “rostec”), building of Simferopol and Sevastopol thermal power plants in Crimea that didn’t buy turbine for the Crimean stations directly, the German Siemens. According to the report, the company acquired four sets of gas turbines in the secondary market.

The construction of two thermal power plants for 470 MW in Simferopol and Sevastopol, is planned by the Federal target program “Socially-economic development of the Republic of Crimea and city of Sevastopol until 2020”, which provides for the allocation of 49 billion rubles for the development of the energy sector of the Peninsula.

For uninterrupted supply of electricity to consumers and enterprises of the Crimea need to 1350 MW, and by 2021 this figure, according to the forecast of the authorities of the Crimea will be doubled. Now generate our own gives around 400 MW and plans to increase the rate doubled.

The commissioning of the first units of the plant to 470 MW is planned in September 2017. In 2018, when the facilities running at full capacity, it will be added 470 MW.

Earlier Crimean TPP was planned to put the turbines, made by Siemens, but at the end of 2016 the company blocked shipments due to sanctions. In February this year, the head of Rostec Sergey Chemezov said that the Corporation completes negotiations with Iran on the supply of turbines for thermal power plants in the Crimea. However, according to the statement, the Corporation, to negotiate and failed.