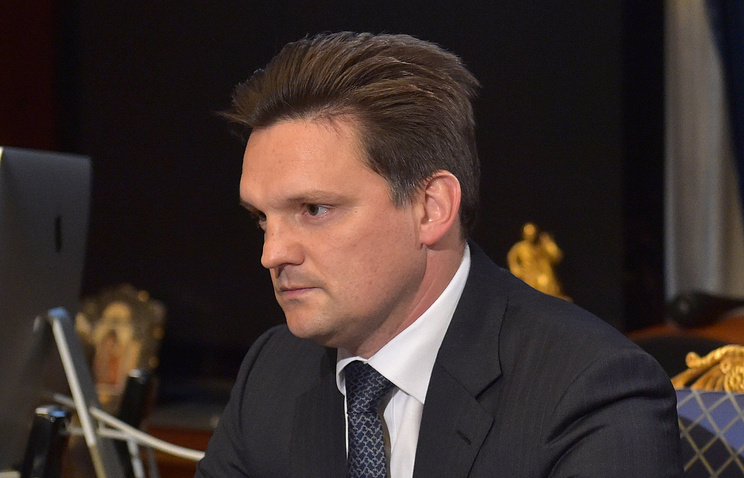 MOSCOW, 7 July. /TASS/. Nikolay Podguzov from the Ministry of economic development of the Russian Federation appointed the General Director of “Mail of Russia”, reported the Ministry of communications and mass communications of the Russian Federation. He held the position of Deputy Minister of economic development, September 2013

The contract of the former chief postal operator of Dmitry Strashnov expired on 1 July this year. Acting head of the company was appointed as the first Deputy Director General of the company Olga Osina.

“On a post of the General Director of “Mail of Russia” Nikolay Podguzov will continue the changes foreseen in the strategy of development of enterprise, which we adopted in 2014 and which has begun to implement the team under the leadership of Dmitry Strashnov”, – commented on the appointment of the head of the RF Ministry of communications Nikolay Nikiforov.

Earlier, Prime Minister of Russia Dmitry Medvedev said he will recommend appoint to the Ministry of communications Nikolay Podguzova the head of “Mail of Russia”.

“You have enough experience that allows me to recommend to the Minister of communications and mass communications Nikolai Nikiforov to appoint you to the position of General Director FGUP “Mail of Russia”, – said the Prime Minister at the meeting with the Deputy Minister of economic development.

“Hope you can handle these duties,” – said Medvedev. He noticed that “Mail of Russia” is one of the largest companies in the country, where it employs 350 thousand people. “But most importantly that its activity depends on the provision of postal services, communication services to a huge number of people in our country who live in different conditions, which makes working with this company solely responsible,” – said the head of government.

As reported TASS, sources in the government and the telecommunications industry, in the list of candidates for the post of General Director of “Mail of Russia” was five people, including himself Strashnov and two Deputy economic development Minister Stanislav Voskresensky and Nikolai Podguzov.

The rumors about the resignation Strashnov appeared at the beginning of this year. In November 2016, the Prosecutor General’s office the audit found illegal payment Strashnova award for 2014 in the amount of 95,4 million roubles and has demanded to excite criminal case on the fact of abuse of authority.

In February, 2017 at the Investigative Committee were referred to another public Prosecutor’s checks associated with the payments to the Vice Strashnov. In March the General Directorate for investigation of particularly important cases of the Investigative Committee opened a criminal case against the Director of organizational development Department of the Ministry of communications Irina Lapteva, who, according to investigators, calculated Strashnova overvalued at 8 times the salary and overstated the amount of remuneration for the year 2014.

Of the new head of “Mail of Russia”