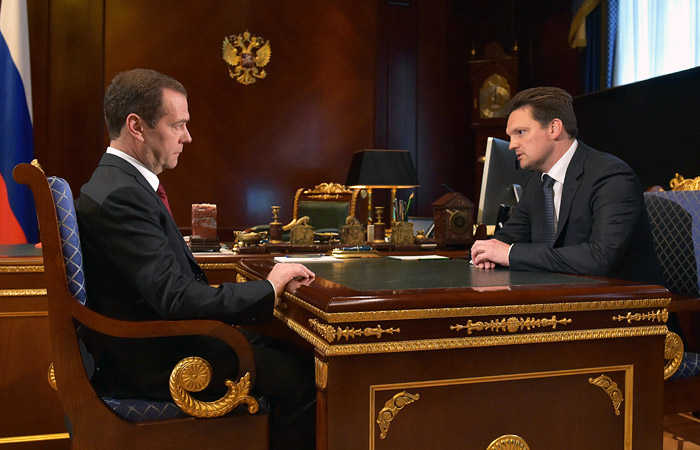 “As Deputy Minister of economic development participated in the management of large companies, including some monopolies, so you have enough experience that allows me to recommend to the Minister of communications (and mass media Nikolai Nikiforov – if) to appoint you to the position of General Director of the unitary enterprise “Mail of Russia”, – said Medvedev at the meeting with Podguzova in Gorki near Moscow on Friday.

He wished Podguzova up the good work.

“Mail of Russia” – one of the largest companies in the country, there are 350 thousand people. But most importantly, that its activity depends on the provision of postal services, communication services to a huge number of people in our country who live in very different circumstances. What does working in the company solely responsible,” – said Medvedev.

The contract of the former head of FSUE Dmitry Strashnov expired on 1 July. At the end of last year Strashnov was involved in the inspection of the Prosecutor General, which revealed the fact of illegal, in the opinion of the Supervisory authority, the payment of remuneration to the Chapter “Mail” in the amount of 95,4 million.

Nikolai Podguzov was born 29 may 1974 in Leningrad, in 1997 graduated from St. Petersburg state technical University, 2000 – MGIMO. In 2000 – 2003 worked in the Ministry of Finance. Then almost ten years in investment banking, in “Trust,” “the Renaissance the Capital” and “VTB Capital”. In 2012, he returned to the civil service, occupied the post of Deputy Director of the Department of Economics and Finance of the government. 24 September 2013 – the Deputy head of Ministry of economic development.