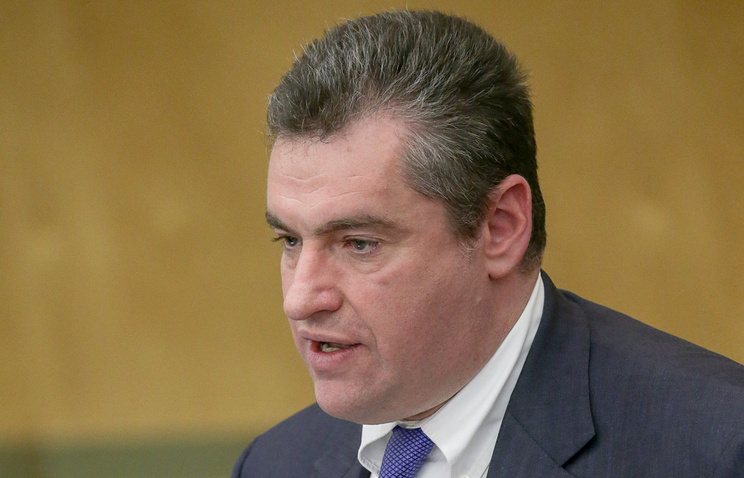 MINSK, 6 July. /TASS/. The Chairman of the Duma Committee on international Affairs Leonid Slutsky has urged OSCE parliamentarians to reject in their rhetoric from the terms “aggression” and “annexation” in relation to the situation in the South-East of Ukraine and Crimea. So he responded to the speech of the Rapporteur of the General Committee on political Affairs and security the OSCE parliamentary Assembly, the representative of Sweden Margareta Zederfeldt on Thursday at a meeting of the Committee.

“We should stop to introduce our organization and our country astray regarding the presence of “Russian hybrid forces” in the South-East of Ukraine”, – said Slutsky. He recalled that Russia imposed against European sanctions “because supposedly it does not fulfill the Minsk agreement”. “But it is not by their side. Party to [the Minsk] agreements are Kiev and the South-East”, – emphasized the Deputy.

“Russia is the initiator and active participant of the Minsk process and will continue to contribute to the normalization of the situation in this important region of the space of our organization,” confirmed a member of the Russian delegation to the OSCE PA.

Slutsky also noted the paragraphs of the report Cederfeldt, “which referred to aggression, annexation”. “We should leave these terms refer to realities that are taking place today in Russia, and in Sevastopol”, – the politician.

The MP invited the parliamentarians of the OSCE to visit the Crimea in order to see the true state of Affairs in the Russian region. “We have to go there, and the inhabitants of the Crimea and Sevastopol are waiting for representatives of the parliamentary Assembly of the OSCE, so that they imagined realities taking place there,” he said.

“I would once again like to ask our Assembly to be realistic. We must all come to consensus, on the basis of the realities that are taking place in the South-East of Ukraine, in the Crimea, in Sevastopol,” – said the head of the Duma Committee.