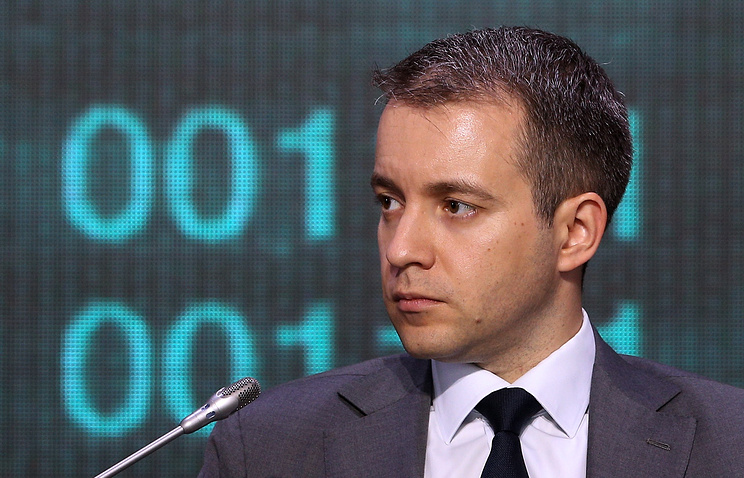 HAMBURG, July 8. /TASS/. Russia in the G20 in favour of Internet regulation solely on the basis of applicable international law and on international organizations such as the UN. This opinion was expressed to journalists by the Minister of communications and mass communications of the Russian Federation Nikolay Nikiforov.

“I stress once again the position of the Russian Federation: this should happen only on the basis of existing norms of international law on the platform of international organizations such as, for example, the United Nations, and substitution of concepts here should not be”, – said Nikiforov, answering the question whether he sees the need to tighten regulation of the Internet as it is offered to make Western colleagues.

The Minister said that Russia is promoting at the summit of the group of twenty proposal for the de-monopolization of digital platforms in the world.

“The Russian Federation has traditionally advocated the so-called de-monopolisation of digital platforms, if we talk about the digital economy”, – said the Minister answering the question, what are the proposals of the Russian Federation may enter in the final communiqué of the summit in Hamburg. According to him, competition must be encouraged in this area, otherwise, everything will boil down to the fact that “our national digital economy will be a kind of application in existing exclusive global digital systems”.

“This is a shared line, which we promote,” said Nikiforov. In addition, according to him, Russia supports the objectives of the development of broadband access on a global scale, so as to the Internet, you need to connect a few billion people on the planet. “The Russian Federation here have achieved significant successes, we actually use the Internet for about 80% of households,” said the Minister, noting that this is including for people living in remote areas.

“So we actively support further creation of infrastructure conditions for the development of the digital economy, but we believe that no global monopolies should not be here – once again drew the attention of the Minister. – We have our own strong companies that are ready to compete globally, but it is necessary to create conditions”.

The development of the digital economy

The Minister said that he sees the need to allocate significant budget funds for the development of the digital economy in Russia.

“This Fund should be a certain point on the system to support digital transformation in different industries. Do not think that the creation of a digital economy have significant budget allocations,” – said Nikiforov, answering a question of journalists, what are the support options for digital economy development in Russia, in addition to the idea of creating a special Fund of 100 billion rubles.

The fight against cybercrime

Nikiforov expects a positive effect from the creation of the Russian-American working group on information security. On establishing the communication channel between eve agreed, the presidents of Russia and USA Vladimir Putin and Donald trump.

“The news about this working group, where we can cooperate with our American colleagues in the field of information security, very positive, but let’s wait for concrete decisions, the level at which they are ready to create,” the Minister told reporters. “The experience we have, and it is positive”, he added.

“In recent years, in the context of the geopolitical situation, this interaction was lost, and that’s a bad example, because only together, only by uniting the efforts of many States to do so, to fight cybercrime and to tackle the real threats to information security”, – the Minister believes.

“On the scale of one country make it impossible: and the Americans without Russia it is difficult, and the Russian Federation without any interaction with the American specialists will not defeat global threats”, – said Nikiforov. “We hope for good cooperation in this field, and we believe that this is not exactly the topic on which you want to speak the language of unilateral sanctions”, – said the Minister.

Nikiforov recalled that in recent years has been negative examples, for example, attempts to block the use of Russian software in certain government agencies of the USA. “We believe that this is the wrong approach, we need to combine efforts to remove restrictions to open the source code in those areas where this is necessary,” he said.