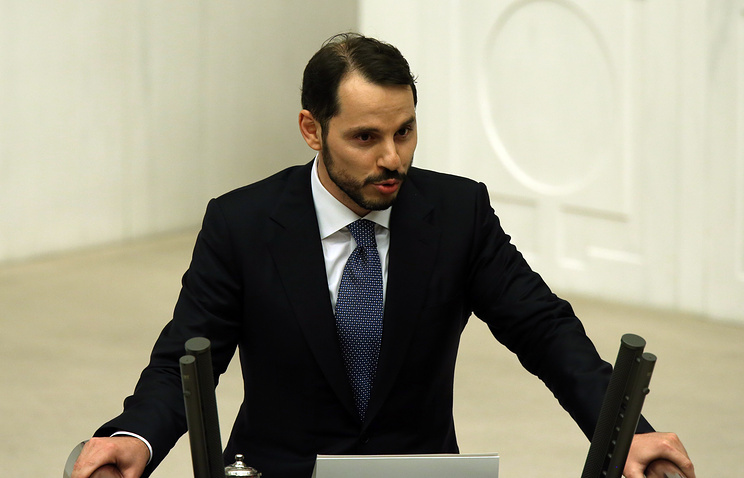 ISTANBUL, July 9. /TASS/. The gas pipeline “Turkish stream” is the key project for gas supply to Turkey and the diversification of gas routes to Europe. This was stated by Minister of energy of Turkey Berat Albayrak, speaking at the opening ceremony of the petroleum Congress in Istanbul.

“Turkish stream” will be a key project to supply the Turkish region with a high level of consumption and for the diversification of gas routes to the European Union,” the Minister said.

Russia and Turkey 10 October 2016 signed the intergovernmental agreement on the project “Turkish stream.” The first line will be designed for the Turkish market, the second – for the gas supply countries in southern and South-Eastern Europe. The capacity of each line – 15.75 billion cubic meters of gas per year. The total project cost was previously estimated at €11.4 billion.