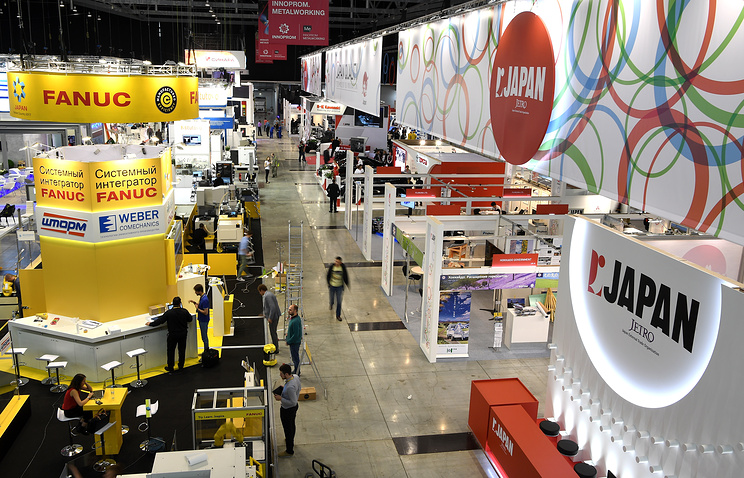 Format zero day of the exhibition was far from being official: acting Governor of Sverdlovsk region Evgeny Kuyvashev without a tie familiarized with the exhibition pavilions, invited guests played Golf and visited the festival of Japanese cinema. Their future plans – visit the Boxing event in Ekaterinburg.

Zero day “Innoprom” on Sunday, July 9, began far outside of Yekaterinburg, in the Ural Golf at Pine Creek Golf Resort, where he was for the traditional industrial exhibition tournament “Innoprom Golf Challenge”. This year the honorary guests of the tournament were Minister of industry and trade of Russia Denis Manturov, acting Governor of Sverdlovsk region Evgeny Kuyvashev, President of Tatarstan Rustam Minnikhanov. It also took part 72-wow golfers from more than ten countries, including Japan, USA, UK, Sweden, Germany, Korea, and Russia.

Golf tournament was held, despite the rain which for a month and a half almost daily takes place on the territory of Yekaterinburg and Sverdlovsk region.

37-year-old Lebedev’s first fight in Ekaterinburg after the defeat against compatriot Murat Gassieva in December last year on points difference of opinion of the judges, to whom he lost the belt world champion by the International Boxing Federation (IBF). Originally at stake were supposed to be two belts, but the title of world champion under version WBA was not challenged in the duel, upon request, Lebedev’s team as Gassiev was not the mandatory Challenger for this version.

For Lebedev’s defense of the WBA title will become the seventh this belt he’s owned since December 2012, when he defeated Colombian Santander Silgado knockout in the fourth round. In may 2013, the Russian lost to Panamanian Guillermo Jones, but then his opponent was accused of doping, and the championship belt was returned to Lebedev.