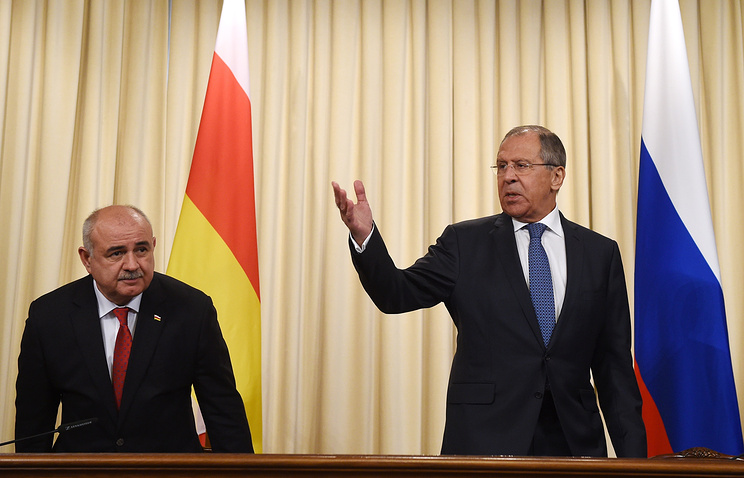 In Moscow held a meeting of the foreign Ministers of Russia and South Ossetia Sergei Lavrov and Dmitry Medoyev.

Among the main topics of the talks was the development of relations between the two countries and strengthening cooperation to ensure security in Transcaucasia.

Medoev visits Russia on a working visit as foreign Minister for the first time. Since 2002, he represented the Republic in Moscow, and after Russia’s recognition in 2008 he was appointed Ambassador of South Ossetia and held this post until 2015. After winning the presidential election on April 9, Anatoly Bibilov was followed by the appointment of the new government, which Medoev took the post of foreign Minister.