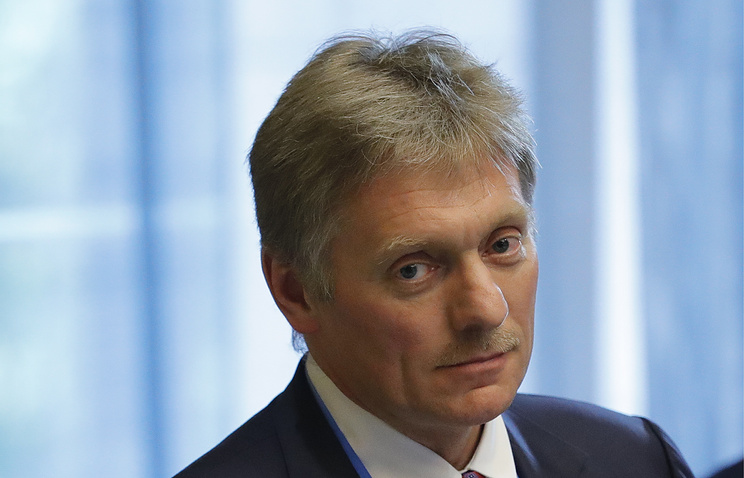 MOSCOW, July 10. /TASS/. The summit of “big twenty” in Hamburg was well organized, demonstrations of anti-globalists does not prevent the forum, said on Sunday, press Secretary of the President Dmitry Peskov.

“Putin thanked [the Chancellor of Germany Angela Merkel – approx. TASS] for the warm welcome and for the excellent organization of the summit. Indeed, the Germans have created the perfect conditions for the summit, and Putin is noted”, – said Peskov on air of TV channel “Russia 1”.

Answering the question about the impact of the anti-globalization protests at the summit, Peskov said that this did not affect the work of “twenty”. “Such bullying to happen. I have not seen it in Hamburg people who articulately explained that they don’t like, what they call heads of States and governments. Since I didn’t see it, I took it solely as acts of hooliganism”, – told the press Secretary of the President of the Russian Federation.

Friday night and Saturday night at the Hamburg demonstrations were held by anti-globalists. The radical left have built barricades at intersections, set fire to benches, hit the bottle. In the night of Sunday the unrest has not stopped, despite the end of the summit, and despite the fact that Saturday all over the city carried out the operation on detention of participants of the unrest. To disperse the protesters, was attracted by the riot police.

During the demonstration injured more than 400 guards, was arrested more than a hundred extremists. German Chancellor Angela Merkel was forced to admit that the leaders of the “twenty” felt the protests. The Minister of justice of Germany Heiko Maas called for tough action against rioters in Hamburg, noting that the right to protest should not be a blessing for radicals.