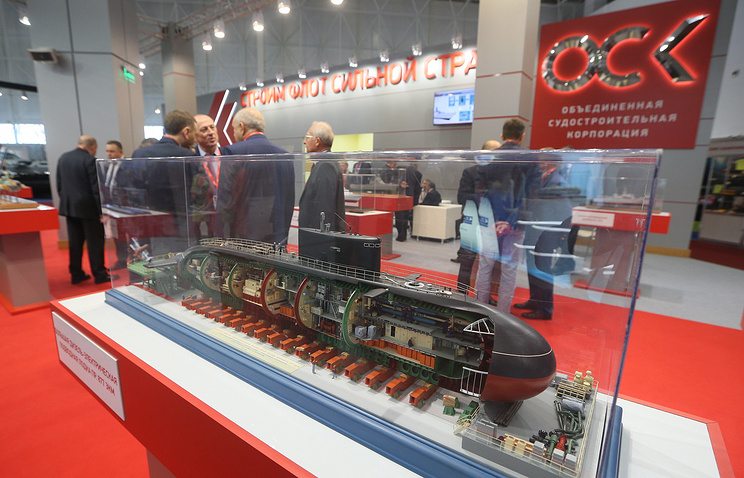 YEKATERINBURG, July 9. /TASS/. “United shipbuilding Corporation” (USC) has set a goal to earn in 2017 more than 1.5 billion by selling non-core assets. About this TASS said the head of the Corporation Alexey Rakhmanov on the sidelines of the opening ceremony of the international industrial exhibition “Innoprom-2017”.

“This year the amount is small. But the problem is (to earn) more than 1.5 billion rubles,” – he said.

A few years ago, USC has set a goal to get rid of non-core assets. According to Rakhmanov, find the buyer’s assets is not easy. “There are mostly illiquid, “abandoned” investments that are not particularly necessary. And there are situations in which the market price is below carrying value. It also creates a dilemma”, he explained.

To give a forecast of the financial results of OSK for 2017 Rakhmanov did not, saying that a number of orders from 2016, was postponed to 2017, automatically sliding and other projects that impact on the forecasts. Meeting on financial results for the first half of the year will be held next week, he added.

Development of documentation for the atomic icebreaker “Leader” will take 1.5 years, the construction of the vessel will take another 2.5 years, said Rakhmanov.

“We need a year and a half on the documentation, two years and a half for construction,” he said.

A new icebreaker with a capacity of 120 MW is still under discussion only as a project, it can be implemented. The most powerful icebreaker in the world – LK-60 – has a capacity of 60 MW. The ship is building a “Baltic plant” (enters in OSK).

“He (the icebreaker “Leader” – approx. ed.), in fact, a larger version of the LK-60. Therefore, morally, physically, and practically we understand what to do with it,” – said Rakhmanov.

“Leader” should be the only icebreaker in the world for year-round pilotage along the Northern sea route in ice thickness over 4 m.

Earlier it was reported that the cost of the vessel may amount to 70 billion rubles.

Transportation of roll cargo on the river

USC is exploring the possibility of building a series of vessels of type “river-sea” under rolling loads.

“There is a ship – SRT-59 that has the oil holds, and the top – smooth the deck, on which to place cargo or vehicles, or containers, and so on. We look at Europeans, they have this theme is well developed. We believe that if the opportunity for the river to transport ro-ro goods, it could be interesting,” – said Rakhmanov.

He noted that USC has not yet found point of return of the project.

“Everything comes from the cargo base. We need one root is the customer who will say: “Like, pays off see” full ahead”, – concluded the head of the Corporation.