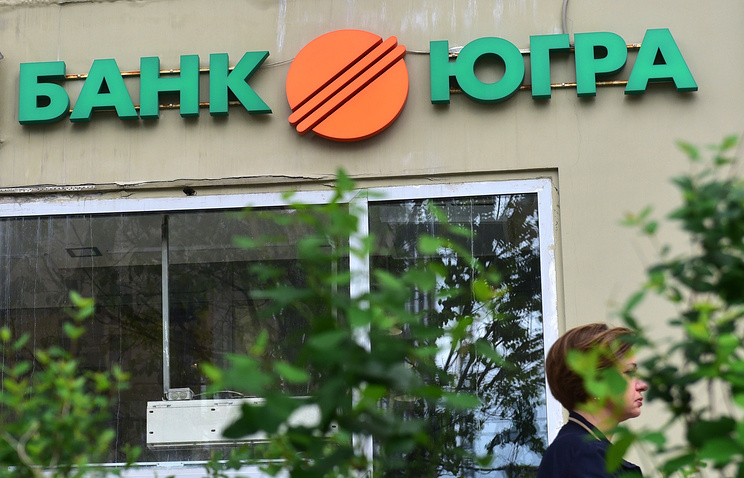 The problem of the Bank “Ugra” has not caused a stir among customers in the Russian regions, queues of those wishing to withdraw from the accounts of their funds in Bank branches is not observed. This convinced the correspondent of TASS, visiting the Bank’s branches across the country.

Today, the Central Bank of the Russian Federation has introduced in the Bank “Ugra” interim administration in the face of the Deposit insurance Agency (DIA) in connection with the unstable financial situation of the Bank. Also, a moratorium on satisfaction of requirements of creditors of the Bank for a period of three months.

In Nizhny Novgorod and Novosibirsk, as in most of the offices in the regions financial operations are not carried out at the same time, branches in Lipetsk and Voronezh in the first half of the day working as usual.

The branches of the Bank “Ugra” in the majority of the Russian regions operate in the mode of consultation and do not conduct banking operations. “We work in consultative mode – this means that we are physical and legal persons only advise on all products of the Bank”, – TASS was told at the Bank’s branch in Magnitogorsk, adding that “if someone comes to make a Deposit or withdraw money from the account, it will not accept.” Such a regime will last until further notice by the Bank.

“We are waiting for clarification from their leaders about further work. Until clarification is received. While not serving clients,” said TASS in the Bank in the capital of Komi, Syktyvkar.

In the Vologda region, the Bank is represented by a single branch in Cherepovets. “We work in consultative mode, consulting on matters of insurance of contributions. Full customer service is not conducted”, – told TASS in the city office of the Bank.

The branch of the Bank “Ugra” in Novosibirsk serves customers, but no financial transactions are temporarily not implemented, the cash desks and ATMs don’t work when the Bank will start to operate normally, the office undecided. However, rush near the branch not, from time to time people come and ask when it will be possible to do anything with the money, and does it make sense still to come tonight.

In the Pskov branch of the Bank said that they expect explanations of the procedure from the Central office. “People go, but not so much,” – said the Agency interlocutor.

Similarly is the situation in Petrozavodsk, where customers are advised to follow the information on the website of a financial institution.

“I heard on the radio that the Bank has a problem, and came here, but Deposit insurance is, and all should be well. I have faced a similar situation () and passed through the entire procedure. Today I came to know as the “Ugra” all this will be done. They are great, that door is not closed, advise,” – said TASS, pensioner Irina Petrovna in Petrozavodsk.

Sees no reason to panic and another local pensioner Valentina. “You see, in the Bank, all is calm, and I think that few of the inhabitants of such a huge amount as 1.4 million rubles. I have such a lot of money and there is no panic. It’s the second time in his life faced with this situation, and (last time approx. TASS) everything worked out great – all 100 thousand roubles I returned,” she added.

Some investors of “Ugra” was trying to withdraw money from accounts using other ATMs, but failed.

“The ATM of another Bank wanted to withdraw money, but nothing happened. Advised through the two weeks to come. I will follow the information on the website of the Bank. Used this Bank for three years, had no problems,” – said a resident of Petrozavodsk, Sergei, who keeps the contribution in the “Yugra”.

In Omsk employees of the branch “Severstal” has announced to customers that until July 24 should be assigned to the Bank to make payments. To the office are customers who care, but Express cautious optimism, as the Bank is not revoked the license, but only put under temporary administration. In this case, the Bank door hangs an announcement that payments to creditors cease.

In Nizhny Novgorod TASS reported that the Bank is not working, and payments are made. “We don’t work, we have introduced a temporary administration, payments now impossible to get. In the next two weeks will be assigned to a Bank, and all will receive in the Bank – deposits with interest”, – reported in the back office “Central”.

In Kaliningrad since the morning in the only Department of “Ugra” come to depositors, which explain how to get an insurance payment. “According to the law on Deposit insurance, within two weeks the interim administration, which entered today in our Bank, designate the authorized agent Bank that will make payments to depositors,” – explains the coming a representative of the Bank “Ugra”.

According to him, the authorized Bank will be named no later than Tuesday 18 June. People continue to come to the office, but the panic among depositors was observed.

In some offices refused to comment on the situation, in particular, in Nyagan in the Khanty-Mansi Autonomous district, Yekaterinburg and Tobolsk. The Bank’s branch in Surgut is temporarily closed to customers.

In Saint Petersburg customers in one of the departments reported that employees of the Bank revoked the license by proxy. “It’s standard procedure when changing leadership, changing power of attorney. We can now make an application for the receipt of funds with an open date. Further, when we will give power of attorney to carry out certain operations, we will begin calling everyone to come to the Bank and got cash,” – said the representative of “Severstal”.

She added that “it will be possible to withdraw the whole amount, or transfer money”. On Monday afternoon in St. Petersburg at the head office of the Bank on the Suvorovsky prospectus, there were about 25 customers.

To start paying from July 24 promise and the Volgograd branch of the Bank. “All expenditure and receipt transactions are prohibited. July 17 will be assigned to the authorized Bank, and he from July 24 will produce all payments. License of the Bank has not been revoked. Just a moratorium, which is insured. Customer deposits of the Bank in any case will not disappear,” – said TASS in the Department.

Most citizens who came to the Bank, calmly turn around and go about their business, but there are also dissatisfied. “It’s an outrage! Today I’m on vacation. Wanted to withdraw money, and everything that happened! On 24 July I did not like it, the vacation is just end, and I wanted the children to Saratov to visit”, – said the resident of Volgograd.

In Rostov-on-don office of the Bank was empty, no queues, only some clients, after reading the announcement in one of the branches, come to clarify when operations will be resumed.

“There are no operations now we don’t produce. The timing can not say anything. New information we have,” – said korr. TASS in the Bank in the centre of Rostov-on-don. In the Krasnodar office TASS reported that a moratorium on Bank operations, and clients not served.

The moratorium imposed not all

In some regions the branches of the Bank “Ugra” has worked, though with restrictions, at least in the first half Monday. “We work until we have all the standard. No queues, but at the moment, the ATMs in our Department do not work”, – said the source TASS in the Bank “Ugra” in Kurgan. In the Nefteyugansk branch of the Bank, the Agency reported that continue to work normally.

In the morning in the branches of the Bank in Lipetsk and Voronezh have informed that did not hear about the situation and continue to work normally. “We do not know, frankly, what the moratorium is imposed, while working, everything is fine, everything normal, everything is paid,” – said in the Lipetsk office of the “Ugra”. “We don’t know anything, no information on the moratorium we have no queues, we are not”, – added in Voronezh.

As reported in the office of “Ugra” in Usinsk in the Komi Republic, the work of the office is not yet suspended because staff had not received any orders from the Central Bank of the Russian Federation and its leadership.

Prepared by the regional editors of TASS