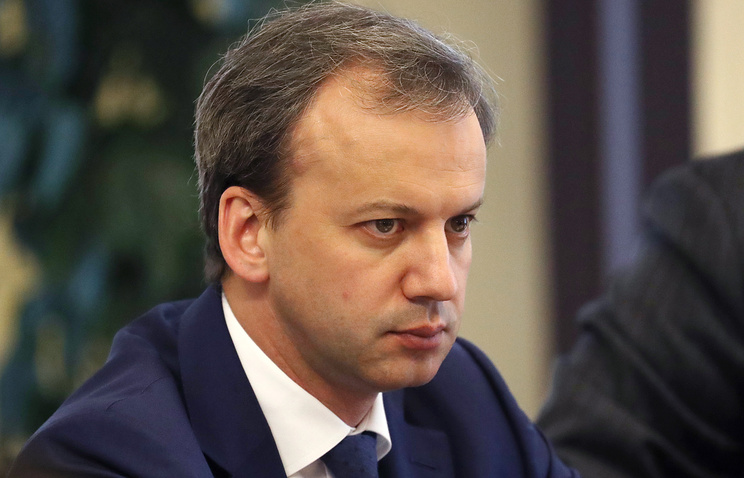 MOSCOW, July 10. /TASS/. Deputy Prime Minister Arkady Dvorkovich believes that the award was the previous head of “Mail of Russia” Dmitry Strashnov was assessed according to the law. He said this to journalists during the presentation of the new Director General of the postal operator Nikolay Podguzova.

Dvorkovich refused to comment on the possibility of inclusion of bonuses in the contract Podguzova, noting that everything will be done “as before, within the law”. “From my point of view, it was done in the framework of the legislation. I think and hope that our law enforcement agencies will understand and all will be well. But I can’t for them to comment on,” – said Deputy Prime Minister.

Podguzov, answering a question of journalists as it relates to bonuses, declared that “any work must be paid”.

In November 2016, the Prosecutor General’s office the audit found illegal payment Strashnova award for 2014 in the amount of 95,4 million roubles and has demanded to excite criminal case on the fact of abuse of authority. In February, 2017 at the Investigative Committee were referred to another public Prosecutor’s checks associated with the payments to the Vice Strashnov. In March, the UK opened a criminal case against the Director of organizational development Department of the Ministry of communications Irina Lapteva, who, according to investigators, calculated Strashnova overvalued at 8 times the salary and overstated the amount of remuneration for the year 2014.

Former Deputy economic development Minister Nikolai Podguzov was appointed head of “Mail of Russia” on Friday, July 7. The contract of the previous Director General of the postal operator Dmitry Strashnov, who headed the company in the spring of 2013, expired on 1 July this year. The contract with Podguzova, according to Dvorkovich, is likely to be concluded for 5 years. The contract is concluded, and, as a rule, such documents are signed within a few days after his appointment, said Deputy Prime Minister.