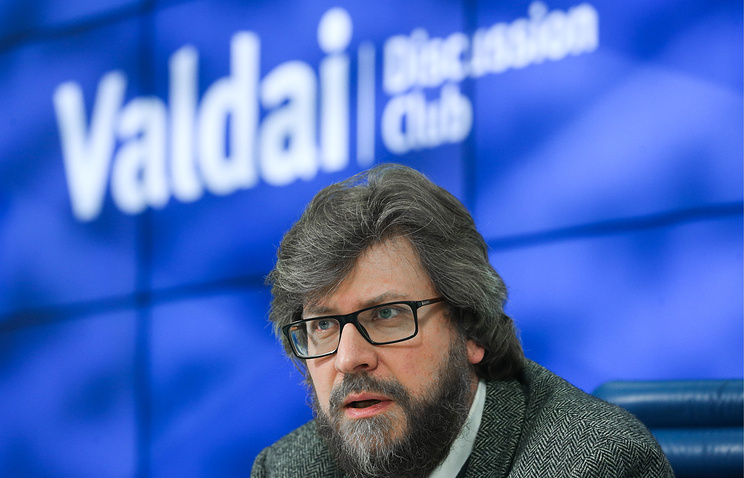 MOSCOW, July 10. /TASS/. The summit of “twenty” made explicit the opposition of the world economic globalists with the economic nationalists. This opinion was expressed on Monday by Russian experts, who took part in the discussions held on 7-8 July in Hamburg the G20 summit.

“Over the years, the G20 has lined up some logic, some identified watersheds: were the advanced economies, the G7, speaking for the preservation of liberalization, for the preservation of the status quo in regard to international economic, monetary and financial institutions, and had a growing economy, the developing countries, primarily BRICS, who spoke from the standpoint of protectionism very often – recalled the General Director of the Russian international Affairs Council (RIAC) Andrei Kortunov. Suddenly today everything has changed. And it’s not just [President Donald] trump, the change of the main watershed, it is not a developed economy vs developing is the economic globalists against the economic nationalists.”

The research Director of the Fund of development and support of the International discussion club “Valdai” Fyodor Lukyanov called the summit interesting from the point of view that the conductor of liberalism and globalization in the recent past – USA today openly from the standpoint of protectionism. “It was the most interesting meeting of the “twenty” since inception”, he said and recalled that the G20 was created as a forum that was including “to resist protectionist instincts.” “For the first time in the framework of “twenty” there was a state that actually puts forward a frankly protectionist slogans, defends them and refuses them to depart, and that the state is the first economy in the world. The degree of confusion observed, is clear : what you originally intended, it’s inside,” said Lukyanov.

He is confident that the G20 summit has launched a new era in global governance. “Twenty” in Hamburg marks the beginning of a completely new period in the global process, in an attempt to regulate it, – said the Russian expert. – It is clear that the situation that has developed now, almost permanently, she did not engage. The leadership position of the United States today “floating”.

At the same time the expert club “Valdai” said the chain of economic units of the US President, aimed at American dominance. “It should be noted that in matters of world trade and economic system of the world, the President of the United States is consistent to the limit, he said. – All the rest is not so important. NATO, nuclear disarmament is for it tools that can be used in the solution of the main question [of the issue] restructuring the global economic system so that it is more consistent with the interests of the United States.”

The modest results of the summit of “twenty”

According to Lukyanov, the fact that world attention was so strongly drawn to the first meeting of the leaders of the Russian Federation and the United States, said that the results of the G20 has been modest. “Without belittling the importance of the meeting of the presidents of Russia Vladimir Putin and the United States Donald trump, I note that this event has become a major summit because in all other directions – perfect fog, nothing is clear, – said Lukyanov. – And here at least the picture, the emotions, the characters have a lot to talk about”.

In assessing the outcome of the summit in solidarity with them RIAC Director General Andrey Kortunov. “I do not see how the decision in Hamburg will bring the solution of major world problems, he said. – The main confrontation of the two approaches in the global economy ahead, and in Hamburg, no one wanted to go too far, which led to the adoption of the compromise, toothless documents.”

The coexistence of mercantilism and geopolitics

The expert club “Valdai” Fyodor Lukyanov also noted that in the pre-summit, reveals the coexistence of mercantilism with traditional geopolitical interests. “Geopolitical calculations now exist in parallel with the mercantilist economic, he said. – When the US President comes to Poland and says there are ordinary words, including about Russia, in a traditional context, but the bottom line – selling weapons and a very strong recommendation to buy [American liquefied natural] gas, and the President of Poland expresses its readiness to discuss it, it puts a new priority system. The slogan of the President of trump Buy American (“Buy American” – approx. TASS) extends to allies”.

Lukyanov believes that the Russian leadership should consider this new trend. “Russia is a fundamentally different situation because the field changes of trends in the world economy, which is going to play a trump, we’re not playing,” – said the expert.

Agree with him and CEO of RIAC. “Russia will have to learn to live in this new coordinate system, said Kortunov. – Our positions to such mercantilism virtually no relationship have. We have a different logic and coordinate system”.