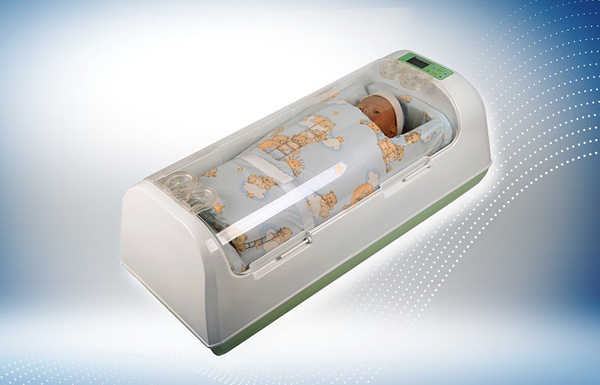 MOSCOW, July 10. /TASS/. Holding “Schwabe” will be launched by the end of 2017 serial production portable incubator for babies, “Bonnie”, presented at the held in Yekaterinburg in the international exhibition “Innoprom-2017”. This reports the press service of the holding.

“Portable incubator “Bonnie” – a unique development of the Ural optical and mechanical plant (part of the holding “Schwabe” – approx. TASS). The first model is a portable incubator’s domestic production has the functionality of a standard transport incubator, but much easier. The launch of mass production of domestic models incubator is planned for the end of 2017″, – stated in the message.

The developers note that the domestic appliance is distinguished from Western analogues compact size and light weight, these parameters greatly simplify the transportation of newborns.

“Bonnie” is made of composite materials, the weight of the construction incubator only 7 pounds. In addition, the “Bonnie” is different from the existing analogues on the market comfortable interior, the easy locking system of the baby inside the incubator. The device is equipped with a soft mattress-special form, protecting the baby not only from cold stress, but also from vibration and noise loads during transport”, – told about the development of the Deputy General Director of the shvabe Ivan Aggain.

It is reported that new development maintains the temperature inside the module in the range of 34 to 38°C, measure the child’s body temperature, blood saturation, heart rate and volume pulse of blood. “It is equipped with a preheating mode, self-test function and audible and visual alarm in case of various faults. The incubator can also be connected to various optional equipment – the ventilator or oxygen therapy, syringe dispenser”, – clarified the specialists of the holding “Schwabe”, which is the exposition at the exhibition “Innoprom-2017”.