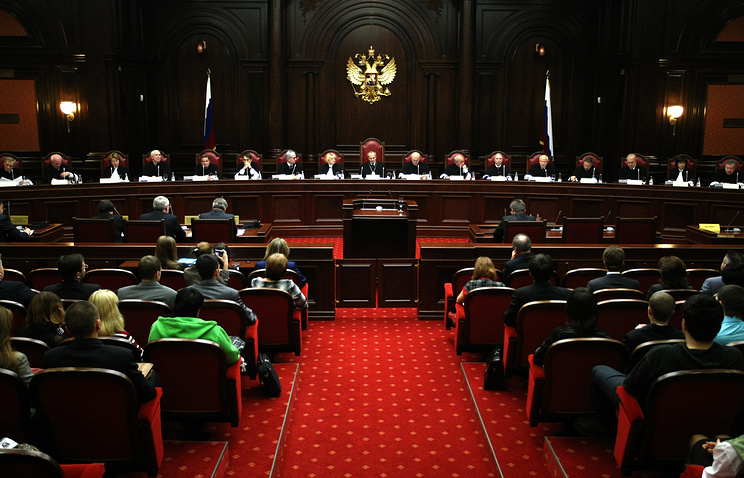 The corresponding decision announced on Tuesday in court.

Claimants who disputed the value of their land and won the case in court, could not compensate for the costs of legal assistance and expertise.

“Contested norms do not comply with the Constitution”, – stated in the materials the courts.

The COP noted that “the state may not, by introducing the mechanism of mass valuation of real estate for taxation, to shift to the taxpayer the burden of uncompensated forced costs associated with the removal of admitted is error which actually occurs on the basis of contested norms”.

“The legislator must clarify the rules of allocation of costs in cases of the cadastral value of real estate in an amount equal to their market value,” notes the court.

Business applicants will be reviewed.

A review of the case was the complaint Natalia Slobodnik and Federal state budget institution “Russian agricultural center”. They have challenged in Arbitration court of the Republic of Dagestan the cadastral value of their land, certain local Executive bodies.

The courts of the plaintiffs ‘ complaint was granted, in both cases the cadastral value were equal to the market value. With land owners were charged the cost of the forensic examination, while the courts denied the applicants in compensation for legal costs.

The courts concluded that the plaintiffs actually exercise their right to establish in court the cadastral value of land in the amount of the market that in the proceedings was not contested. Therefore, court decisions cannot be treated as taken against the defendant, consequently, legal costs borne by the plaintiff.