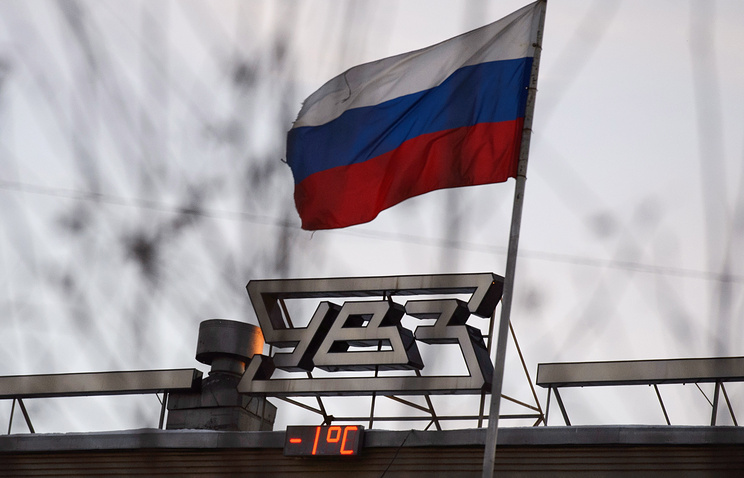 YEKATERINBURG, July 10. /TASS/. Research and production Corporation “Uralvagonzavod” (UVZ) plans to receive in 2017 the state guarantees under credits for development of the military-industrial complex (DIC) in the amount of 8 billion rubles. TASS reported on Monday on the sidelines of the exhibition “Innoprom” General Director, Uralvagonzavod Alexander Potapov.

According to him, this issue was discussed on the first day of the exhibition “Innoprom” with Vnesheconombank’s management. “Prepare a proposal… I Think that will support us. Issuance of state guarantees in this area – it is the competence of the Ministry”, – said Potapov.

General Director UVZ also added that the Corporation plans to apply for state guarantees and other areas, which he called innovative development. “Here we also have hope, but the decision depends on economic development. There is already tens of billions we would like,” he said.

Previously TASS reported that the December 30, 2016 Uralvagonzavod has received state guarantees in the amount of 25.7 billion rubles for refinancing of existing debt on loans to parent company and loans to subsidiaries – LLC “CHTZ-Uraltrac”, JSC “Uraltransmash”.

NPK “Uralvagonzavod” is a Russian Corporation which is engaged, in particular, the development and production of military equipment, including tanks, self-propelled howitzers, heavy flamethrower system. The President of the Russian Federation Vladimir Putin 27 Dec 2016 signed a decree on the transfer of the Corporation 100% shares of “Uralvagonzavod”.