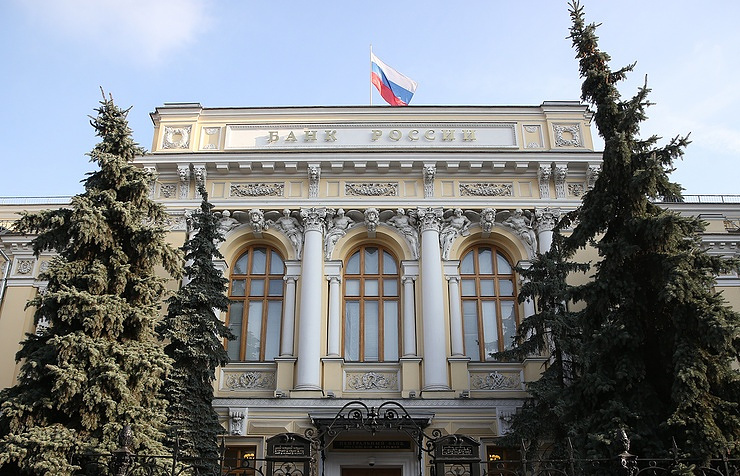 MOSCOW, July 13. /TASS/. The Bank of Russia believes that the macroeconomic conditions for the conversion of the ruble in international currency at the moment, not fully formed. This is stated in the report of the Department of monetary policy of the Central Bank of the Russian Federation.

“To the greatest extent to the issues of legislative and regulatory nature, as well as a number of specific technical issues. Despite significant progress in the development of modern financial infrastructure of the Russian financial market is still not large enough to be vulnerable to external shocks,” the report said.

According to Department of the Central Bank of the Russian Federation in the field of economic policy to enhance the status of the Russian ruble, the work necessary to diversify the structure of economy and external trade; the development of a liquid market for government securities; guarantee property rights, improve the judicial system.

In addition to creating demand for the Russian ruble and national currencies of the countries-partners it is necessary to reduce transaction costs of their use: to identify and eliminate administrative barriers and improve the mechanisms of settlement, according to the Department of the monetary policy of the Central Bank of the Russian Federation.

The Bank of Russia also believe that the output of the ruble beyond the borders of a regional currency in the next 10 years is unlikely, “the ruble will not become a “safe haven” currency or counter-cyclical demand as the US dollar”.

“The interest of international investors in Russian assets will be largely determined by world market conditions. Given the specificity of international demand can create Pro-cyclical effects on the dynamics of the exchange rate and interest rates on the Russian financial market, which can lead to a deterioration of the conditions of the DCT and “friction” in the transmission mechanism of the OST of the Bank of Russia”, – the report says.

While the Russian ruble has prospects of internationalization in strengthening the regional role, according to the CBR. “In the medium to long term, it seems appropriate to support the promotion of Russian ruble as a regional currency in the space of a number of economic associations, primarily the Eurasian economic Union”, – stated in the report.

At the same time, according to the Department of the Central Bank of the Russian Federation, the issue of regionalization should follow a balanced approach and be based on economic feasibility when making decisions.

Taken by Central Bank actions to rehabilitate the banking sector, including revocation of licenses, has not had a significant impact on competition among credit institutions. “Reducing the number of banks as a result of the Bank of Russia’s policy of rehabilitation of the banking sector has not had a significant negative impact on competition (measured by the size of the rate spread on loans and deposits – approx. TASS)” – to such conclusion came the authors of the study.

Active Supervisory policy has helped to reduce the volatility in corporate and retail lending, explains the study. And in the period immediately after the start of the rehabilitation of financial sector in 2014 this trend was typical both among banks with relatively low level of overdue debt, and banks with a relatively high level.

Thus, in the absence of negative effects on competition to the Bank of Russia managed to reduce the volatility of credit growth that helped to improve the stability of the banking system.

“According to our estimations, the measure of systemic stability has increased by 3.7% in retail lending and 41% in corporate lending,” explains the report.

However, in both cases it was due to macroeconomic factors and not due to the actions of Bank of Russia rehabilitation of the banking sector. “In other cases, the deviation of the dynamics of spread betting from the trend that existed before the policy turned out to be insignificant”, – stated in the study.

The bond market in the regions

The vast majority issued in Russian bonds was involved with the companies from Moscow and St. Petersburg, in the regions of the tool is poorly developed due to the lack of information about the tool and low-competence employees, said the Central Bank.

“A pilot survey conducted among the regional companies that show a clear lack of information about the product and insufficient level of competence as they themselves of the real sector and regional departments of investment banks and brokerage companies,” – noted in the report.

According to the Bank, the share of Moscow and St. Petersburg account for more than 85% of the amount of funding raised and more than half of Russian issuers.

The controller recalls that, from 2016 began a series of regional events to raise awareness of regional companies about the possibilities of a bond issue. Soon the Bank is going to start workshops on the mechanisms of release and terms and conditions of bond loans for financial Directors and employees of economic departments of regional companies.