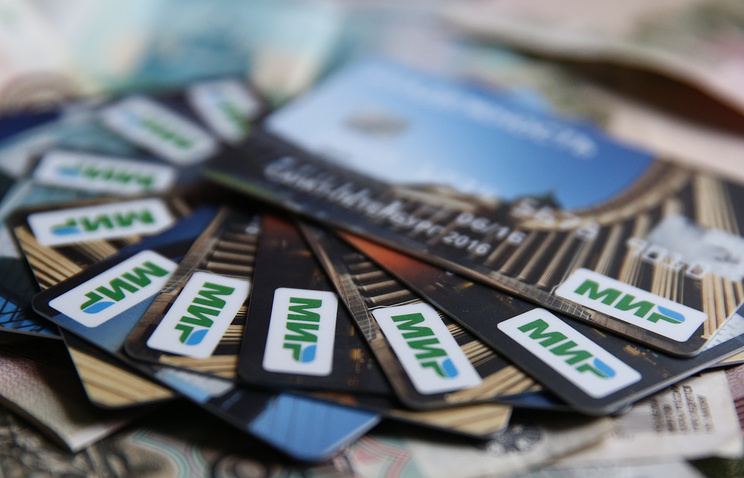 MOSCOW, July 12. /TASS/. The Bank of Russia plans to impose restrictions on the cards “the World”.

The head of the regulator Elvira Nabiullina said in the radio station Business FM.

“No restrictions, we are not planning for the citizen. No, no restrictions. We want to make the map “the World” comfortable”, she said.

On Monday, the newspaper “Vedomosti” reported that the Central Bank may restrict the taxpayers from the card “the World” to cards of other payment systems. The article noted that the publication of this was told by the man who knows it from an employee of the Bank of Russia, two banker and two participants of the payment market.

The press service of the National system of payment cards (nvqs) noted that the payment system “Mir” develops the interbank loyalty program.

“The main objective of the NPCs – to make the card “the World” was a competitive, convenient and profitable for their holders. This payment system “Mir” develops the interbank loyalty program based on the service cash back, various non-financial services, as well as convenient and quick transfers of government payments to the accounts of citizens. It is important that cardholders “World” consciously made a choice in favor of services that provide the state and the national payment system”, – said the press service.

The transition to “Peace”

Russian banks since July 1, are required to give state employees applying for a new account is opened, only the cards of the national payment system “World”. By July 1, the credit institution was to provide a reception card “the World” in its ATMs and payment terminals.

The reason for creating the map, sanctions imposed by the US on Russia in the spring of 2014 due to them March 21, 2014, the two largest payment card system Visa and MasterCard without notice blocked card operations the Bank “Russia”, its subsidiaries Sobinbank and SMP Bank.

With the maintenance problems faced cards and some other banks, in particular Bank. In December 2014, Visa and MasterCard stop servicing Bank cards in Crimea and Sevastopol (their work on the Peninsula resumed in April 2015).