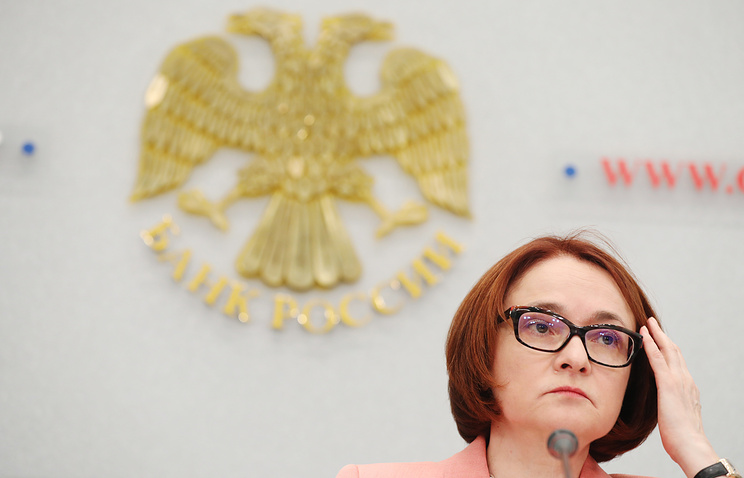 SAINT PETERSBURG, July 13. /TASS/. The Russian economy is in the beginning of a new growth cycle, said at the International financial Congress, the head of the Central Bank Elvira Nabiullina.

“Now our economy is at the beginning of a new cycle. The Russian economy returned to positive growth, however, is low. This year we expect growth of 1.3 and 1.8 per cent,” she said.

The Russian economy needs structural reforms to enhance level of economic growth and stability, said the head of the Bank of Russia. According to her, despite the fact that the economy has learned to adapt to external shocks, there are a number of internal factors that make her vulnerable. These include a low diversification of the economy, the inflexibility of institutions and rules, a weak competitive environment (hard for new companies to enter the market, and economically lagging there for a long time stay). As a result, even if potential growth is 1.5-2%, it is possible to significant fluctuations.

“Therefore, urgently needed structural reforms that will raise the bar of economic growth and make it sustainable. Including in the financial sector”, – said the head of the Central Bank.

“The second area is the maintenance of financial stability. Here the emphasis also shifted from the relief of negative consequences of risks have already accumulated to prevent new systemic risks”, – said Nabiullina. We are talking about creating a separate regulation, where the withdrawal of all macroprudential policies (instead of amending existing regulations), the introduction of the factor “payment to income”, as well as new requirements for credit bureaus: the largest of them will be required to aggregate information about the total payment on the debt of the borrower. Or, if the market cannot agree, will be a single integrator, said Nabiullina.

According to Nabiullina, the reaction to this situation is the rise of populism in politics, which in itself brings new economic risks and contributes to the preservation of the volatility in the financial markets.

She also noted that the growing cyber risks pose a threat to financial systems. “The global economy is entering a new cycle with the increasing these risks, creating a threat for the stability of financial systems and economic growth”, – said Nabiullina.

The Central Bank of the Russian Federation hopes that the draft law on individual pension capital (COE) will be soon submitted to the Duma, Nabiullina also said.

“Now the bill PKI is under a high alert, the Government is working on removing the last disagreement, and, hopefully, pretty soon will be ready to submit it to the Duma”, – she said. According to Nabiullina, to save the pension savings market in Russia at “expect the eternal freeze of the cumulative part of pensions” needed a convenient and widely used system of voluntary pension savings.

The head of the Central Bank also noted that the regulator and the Finance Ministry came to the decision to create a new Central admin system that will give service for citizens – a single window for appeals, standardization and automation. “By the way, the presence of such a Central administrator, we estimate, would reduce the amount of violations of citizens’ rights when they transfer from one NPF to another,” she said.

The trends in the world economy