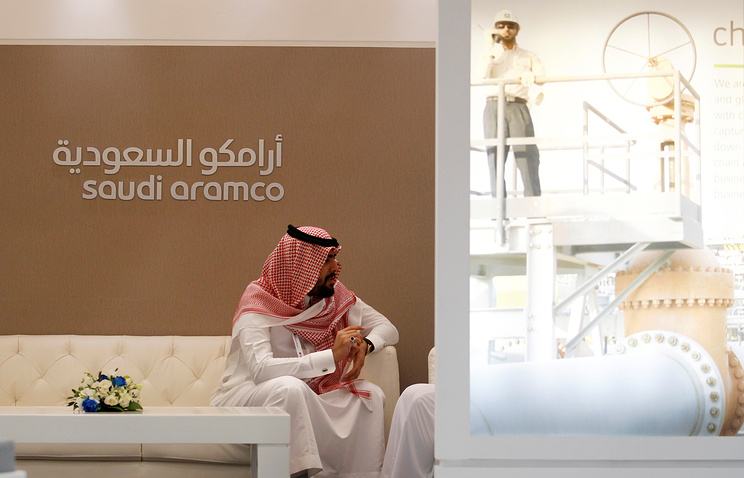 YEKATERINBURG, July 13. /TASS/. The national oil company of Saudi Arabia, the largest oil company in the world for mining and petroleum reserves, Saudi Aramco held its first talks with potential Russian suppliers for oil and gas services and equipment at the industrial exhibition “Innoprom-2017”.

About TASS said the representative of the company.

Saudi Aramco’s first participation in this exhibition, which takes place in Yekaterinburg, and have not previously worked with Russian companies. According to information on the stand of the company, Saudi Aramco plans to purchase services in the amount of $119 billion in the next 10 years.

“We are first time participate in this exhibition and look at the opportunities that exist in Russia. We have held talks with a number of companies, the results of the negotiations will be examined at the head office of the company”, – said the interlocutor of the Agency, which is not presented, citing corporate rules.

He added that Aramco representatives were surprised by the existing Russian capabilities and a range of oil and gas equipment. The company has not yet responded to the official request from TASS regarding negotiations with Russian companies.

Saudi Aramco, one of the most closed in terms of information oil companies, plans to spend primary placing of shares which the head of “Rosneft” Igor Sechin called “one of the most significant events on the energy market”. In may, the Saudi company has held talks with Rosneft, under which the parties discussed possible cooperation in the oil and gas sector.

Relations between the two largest oil producing countries – Russia and Saudi Arabia, which together produce 25% of the world’s oil, has historically been quite cool, however, international experts noted a sharp improvement in recent years, linking it in particular with the rise of Saudi crown Prince Mohammed bin Salman al-Saud. The warming of relations, according to experts, opportunities for joint projects in the economy.

Moscow and Riyadh in September last year signed an agreement on joint actions to maintain stability in the oil market. This agreement made possible the agreement on production cuts that oil-producing countries was signed on 30 November 2016 and which is still in effect.