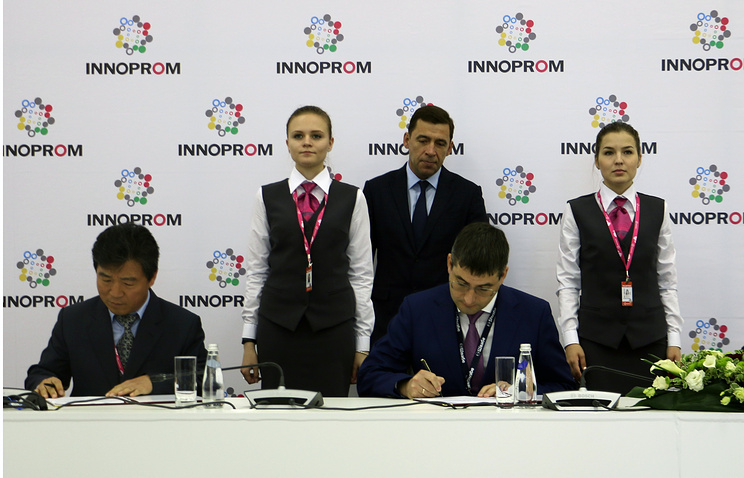 MOSCOW, July 13. /TASS/. Holding “Schwabe” state Corporation rostec and a South Korean company Bionet agreed to place the production of fetal monitor (monitoring system “Mother and fetus”) in their enterprises and joint promotion of this monitor in the CIS markets. A cooperation agreement Schwabe and Bionet signed in the framework of the international exhibition “Innoprom-2017”, the press service of the holding.

“The agreement signed by the General Director of the enterprise of holding – Ural optical and mechanical plant (UOMZ) Anatoly Slubnych and Vice-President of the company Bionet Co. Ltd. (Bionet) Mr. song Kwang-Seok (Song Kwang Seog). New level of cooperation implies joint management of sales, marketing and service of fetal monitor, which is also called a monitor “the Mother and the fetus,” – said the press service.

Technology from Bionet helps to control the key parameters of both patients during pregnancy and in the first stage of labor. The use of this monitor in the Russian obstetric practice allowed in 2,5-3 times to reduce the morbidity and mortality in the perinatal period. In 2016, the volume of the Russian market of fetal monitors has made more than 2 thousand units.

Holding “Schwabe” will place monitors from Bionet at the Ural optical and mechanical plant which will allow in the future to increase the volume of sales of medical equipment by 10%. “Localization of production South Korean fetal monitor on the basis of UOMZ production will allow the company to expand the range of neonatal equipment, to carry out the substitution, for this important food direction and a 10% increase sales of medical equipment in the long term”, – said Deputy General Director of the shvabe Ivan Aggain.

The company Bionet international market since 1999. The company is engaged in development and manufacturing of cardiology and diagnostic equipment. A joint project of the UOMP and Bionet will be implemented before the end of 2017.