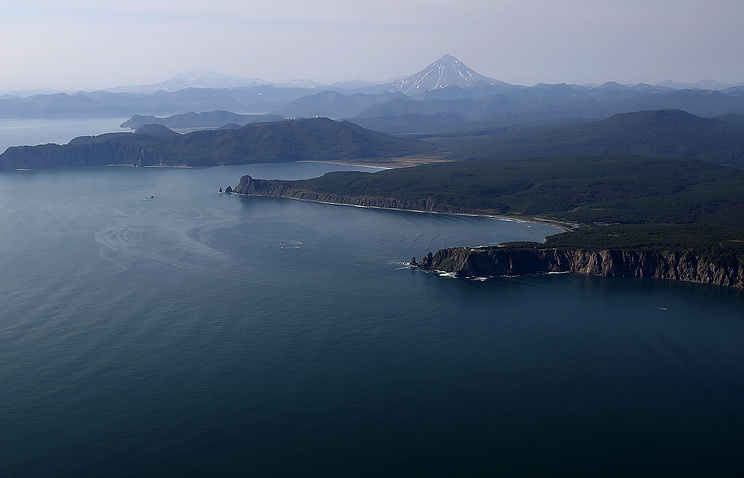 YUZHNO-SAKHALINSK, July 13. /Offset. TASS, Iryna Baibarza/. The government of the Sakhalin region will receive 12.8 million roubles for subsidising of tickets to the Kuril Islands for tourist groups, which will allow almost halve the cost of the tickets in this direction. The corresponding agreement on Thursday signed a tourism Agency in Sakhalin region, regional tourism companies and the airline “Aurora”.

“According to the document signed today, tickets to the Kuril Islands for tourists arriving in a tourist group with three regional agencies, will be 11 thousand cheaper – 15-16 thousand rubles instead of the previous 30 to 33 thousand On these purposes from regional Treasury will be directed to 12.8 million rubles,” – said at the signing ceremony, the acting head of Agency for tourism of the region Natalia Ivanov.

She explained that after changing the order of subsidizing of air travel on the domestic lines of the Sakhalin region has experienced a sharp decline the visit to the Kuril Islands by tourists. According to the results of monitoring conducted by the regional Agency for tourism, reservation of tours to the Kuril Islands declined by 38.4%, while the contribution to the economy of the Kuril Islands, the tourism industry fell by 27 million. In this regard, the Sakhalin oblast government decided to introduce special fares for travelers to and from the Islands of Iturup and Kunashir as part of an organized group. Regional authorities believe that this will help increase the tourist flow.

Ready for an influx of tourists

The agreement involves three island travel company (“Amist” and “omega-Plus”, located on Sakhalin and “Gidrostroy-tour” on the Iturup). Companies are ready this summer to provide transportation on the new tariffs from 60 to 100 passengers each.

“The demand for the Kuril Islands were always. In February, we accept applications in this area, but the high cost of tickets was stopped by tourists, in the result, the orders were not issued. Now we are going to buy tickets at a lower price, the tourists will be cash that they can spend on the tour,” – said TASS Deputy General Director of travel company “Amist” Tatyana Ipatova.

“The agreement is a good step to rectify the situation. I hope that we will multiply the flow of tourists to the Islands,” said TASS, the commercial Director of JSC “Aurora airlines” Valery Spiceco. He noted that currently the airline pushed in the direction of Yuzhno-Sakhalinsk – Kurilsk and Yuzhno-Sakhalinsk – Iturup large capacity aircraft.

“The demand for air travel in these directions is met. If there is an increased question will be solved”, – said Spiceco.

Today, travel companies can offer a number of tourist programs at any time of the year. On the Islands you can go Hiking or car camping, sea fishing, gastronomic tours, visit volcanoes and hot springs.

At the end of 2016, the Sakhalin oblast government has decided to almost halve subsidies of airline “Aurora” on regional transportation. From January 2017 all tickets for regional flights are sold at economically reasonable price. The subsidy for air travel applies only to residents of the Sakhalin region, they can purchase tickets on domestic airlines is about three times less than their real value. Currently, the economic reasonable rate “there and back” route Yuzhno-Sakhalinsk – Kurilsk is 33,49 thousand rubles, Yuzhno-Sakhalinsk – Yuzhno-Kurilsk – 29,676 thousand rubles.