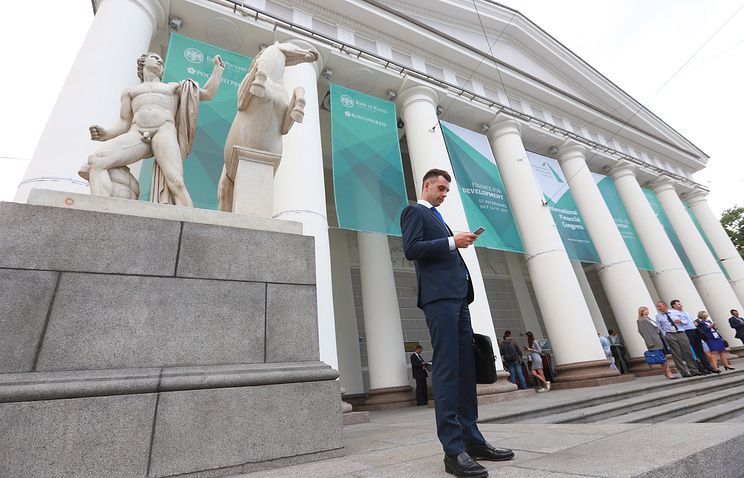 The heads of the major Russian banks in the International financial Congress in St. Petersburg discussed the pressure of new financial technologies on traditional banking. According to some bankers, the need for innovation forces banks to transform, and those who can’t or don’t have time to do it, threatened the withdrawal from the market. Others argue that FINTECH will never replace the classic services of banks. But all agree that modern technology will make banks more efficient and customer-oriented.

“The volume of investments in vintage and the number of customers who use Internet banking, so wide that to date, traditional banking has just gone down in history”, – such opinion was expressed by the head of Sberbank German Gref.

According to him, under the pressure of modern tools banks are already changing: people have come to trust voice services like Siri for payments, and ATMs began to emerge of facial recognition and fingerprint scanning.

However, he noted that large banks are harder to adapt to modern requirements than small organizations. “The introduction of digital technology is a big challenge, if no reply – leave from the market” – this term marked the Gref.

In addition, banks are confronted with another threat – changing generation of clients. Gref stressed that the main users of banking products become Millennials (the generation born after 1981 – approx. ed.). “They ruthlessly choose what they choose. And they, unlike regulators, to agree would be impossible. The most strict our judges – our customers”, – said the head of Sberbank.

He also stressed that among this age group, 96% believe the most important device in their lives, a smart phone, they are twice as likely to use self-service machines than other customers.

During his speech, Gref stated that Russia is ahead of Western countries in the development of financial technologies. According to him, 43% of Russian Internet users use FINTECH services. Above – only indicators in China (69%) and India (52%). For comparison, in Germany and in the USA only 35% of Internet users trust financial services.

Agrees with him and the Chairman of the Board of Directors of Tinkoff Bank, Oleg Tinkov: “the Level of Russian Finance or banking IT technologies is much higher than in England and the United States. Even the Chinese did not Bank with one office, which serves 6 million clients – we did it, the Russians. One to be proud of. Therefore, FINTECH, if somewhere there is, in Russia.”

Among these high-tech companies, in addition to the Tinkoff Bank, he called Sberbank, Qiwi, Center of financial technologies and “Yandex.Money.”

Thus, unlike Gref, Tinkov is not afraid of the pressure of modern financial instruments on the industry: “FINTECH nobody never won. It was greed for attention and greed for money. So global success, I have not seen”.

In his opinion, the only service that IT start-UPS can “select” the banking business is payments and transfers. “But in other types of banking business FINTECH do not go, because there need knowledge, technology and capital,” assured Anna.

Additional “insurance” for traditional banking is the large number of normative acts that regulate this business. Gref admitted that the close supervision of regulators is the “umbrella” that protects bankers from competition from Finance. But warned: “When Google, Apple and Amazon will come to our site, then we will have real problems”.

Chairman of the management Board of UniCredit Bank Mikhail Alekseev also believes the “threat Finance” is very high. He noted that new start-UPS appear very frequently and in large numbers, but many of them are quickly forgotten. The banker compared the situation with applications for smartphones, for example, in the App Store more than 2 million apps, but people still only use 10-20 of the most basic.

Not to be afraid and to use

All participants agreed that the penetration of technologies can and should be used in favor of “conservative” banks.

“Interaction of banks and Finance – this movement in a unilateral direction. To FINTECH startups succeed, they require interaction with the banks. They need to either enter into a partnership with a Bank or become a Bank,” – said Alekseev.

“Banks were, are and will be, they can absorb technology, to take from them all the better,” concluded Alekseev.